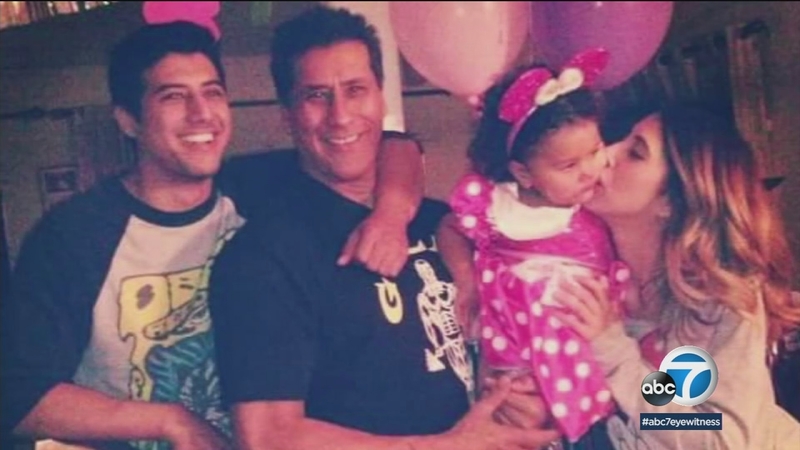 ARLETA, LOS ANGELES -- Jose Luis Garcia was in his front yard drinking coffee when ICE agents showed up and placed him in handcuffs in Arleta.

Garcia's daughter Natalie could not believe what was happening that Sunday morning.

"I asked for a warrant. They had no warrant. They said it wasn't a criminal offense, it was administrative. They had to take him. It was due to a domestic violence dispute back in 2001," she said.

Long before that incident, her father was granted legal status during the Reagan administration under the Immigration Reform and Control Act. Garcia came to the U.S. when he was 13, nearly 50 years ago.

Garcia also recently started driving for Uber to make some extra money. He's been the sole provider for his family.

But now, his loved ones are asking for the community to show support through an online petition, urging people to call ICE and demand Garcia's release.

"He's my hero. So this is really heartbreaking for me, especially with how much he loves this country," son Luis Garcia said.