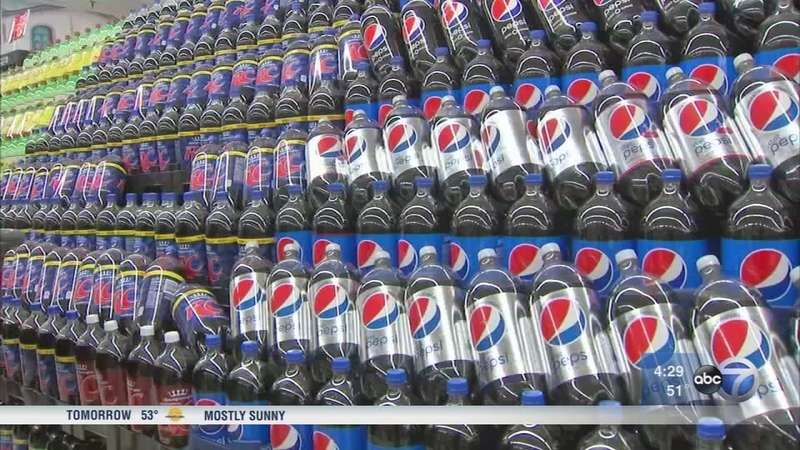 CHICAGO (WLS) -- Merchants in Cook County wanted to send a clear message to consumers Friday: come back to Cook County to shop now that the soda tax is gone.

For the last four months, many Cook County residents went out of their way to go to other counties to buy pop and other sweetened beverages because they couldn't swallow the sugary drink tax.

The tax was repealed by the Cook County Board in October, after major backlash from consumers and merchants, as well as a lawsuit filed by the Illinois Retail Merchants Association.

The penny-per-ounce drink tax officially went away at midnight.

"Today we're going to party like it's 1933, because it is the end of our own prohibition," Sam Toia, president of the Illinois Restaurant Association, said.

Cook County Board President Toni Preckwinkle fought hard against the repeal, warning it would trigger layoffs and painful budget cuts. The soda tax was expected to bring $200 million into the county's coffers.

"All I can say is power to the people. The people spoke, the Board listened, democracy works, and now it's time for our customers to come back to Cook County and shop and spend money," said Cook County Commissioner Peter Sylvestri.

But without the revenue, more than 1,000 open positions in county government were eliminated and 321 employees will be getting layoff notices this month.

"There is empathy on that, but in government, government needs to work in balanced budget just like I have to balance my budget, grow my revenues and protect expenses," said Samuel Stanovich, Firehouse Subs.

The greatest number of layoffs hits the Chief Judge's office, who is now suing to block the implementation of the cuts, claiming the Board illegally picked who should lose their jobs.