The explosion came from a pipe bomb inside a package at the East Chicago post office, the FBI confirmed in a statement Thursday afternoon. The explosion happened just after 6 p.m. Wednesday.

"We can confirm there was only one pipe bomb which injured a postal employee who was treated for minor injuries. Investigators are working to determine a motive and identify the perpetrator(s). At this time, there is no ongoing public safety concern," the FBI said in its statement.

According to the source, employees were told the explosion came from a package someone tried to mail and authorities are aware of who the parcel was intended for.

"It's frightening, considering everything that's going on in the world and for something like this to hit so close to home," said Sonia Martinez, a postal customer.

The worker who was hurt in the blast suffered minor injuries. She was taken to the hospital as a precaution.

The injured worker, who was only hired a few weeks ago, was the person who processed the package from the sender, making her key in the FBI's investigation.

Agents from the FBI and Bureau of Alcohol, Tobacco, Firearms and Explosives and two bomb-sniffing dogs from the Lake County Sheriff's Department searched the grounds for evidence. Investigators said it's too early to know if the explosion was an act of terrorism.

Although the FBI said there is no current threat to the public, residents were on edge.

"I can't believe something would happen, you know, so close to where I come every day. It's crazy," said Paul Skekloff, who works across the street from the post office.

The FBI reminded everyone to call 911 if they receive a suspicious package and to also contact their local FBI office and US Postal Inspection Service.
Report a correction or typo
Related topics:
east chicagoexplosionpost office
Copyright © 2020 WLS-TV. All Rights Reserved.
RELATED 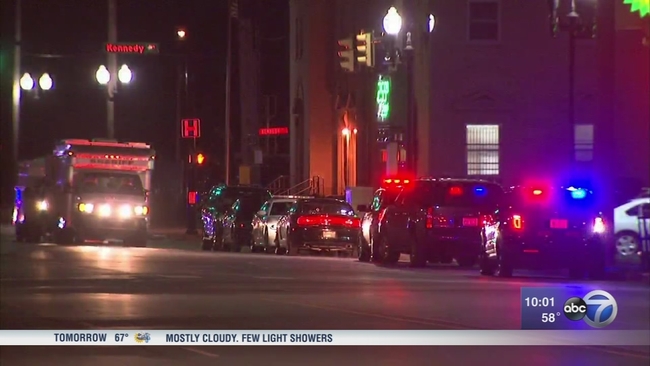