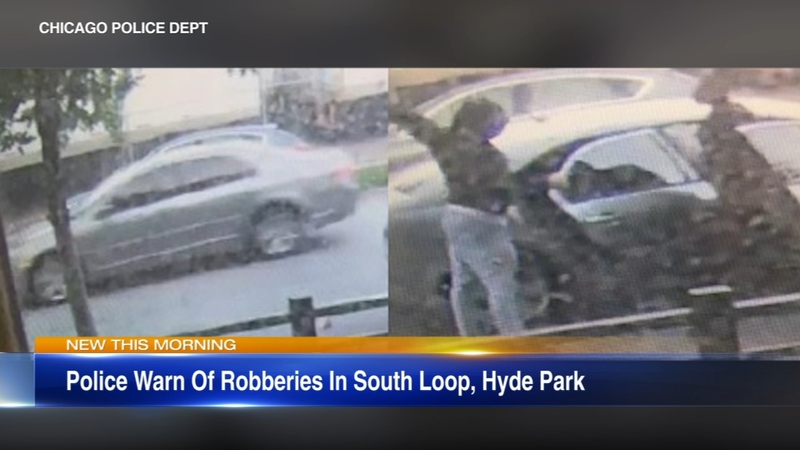 CHICAGO (WLS) -- Six people were attacked in back to back robberies in South Loop and Hyde Park Friday night and early Saturday morning.

According to police, the offenders are a group of two to four men between the ages of 18 and 25 traveling in a gray four-door vehicle. Victims told police one of the suspects has dreadlocks.

Several people were robbed in the South Loop and Hyde Park Friday and early Saturday.

Police said the offenders typically approach victims on the street. In some cases, the victims were beaten before their property was stolen. In other incidents, one of the offenders showed a black semi-automatic handgun before demanding property.

Several people were robbed Friday and early Saturday in the South Loop and Hyde Park.