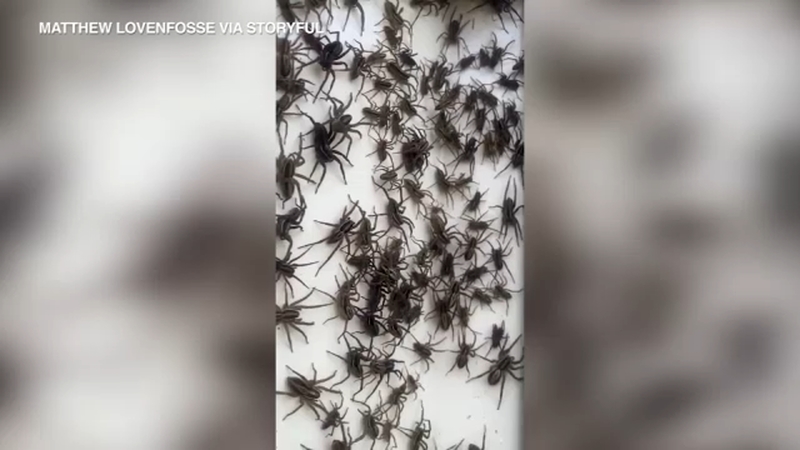 This video by Matthew Lovenfosse captures the arachnids climbing over one another as they scuttle to higher ground. In addition to the spiders, an off-screen voice is heard telling Lovenfosse that they had discovered a "little snake". He walks over to find the snake lying on his patio with its head raised.