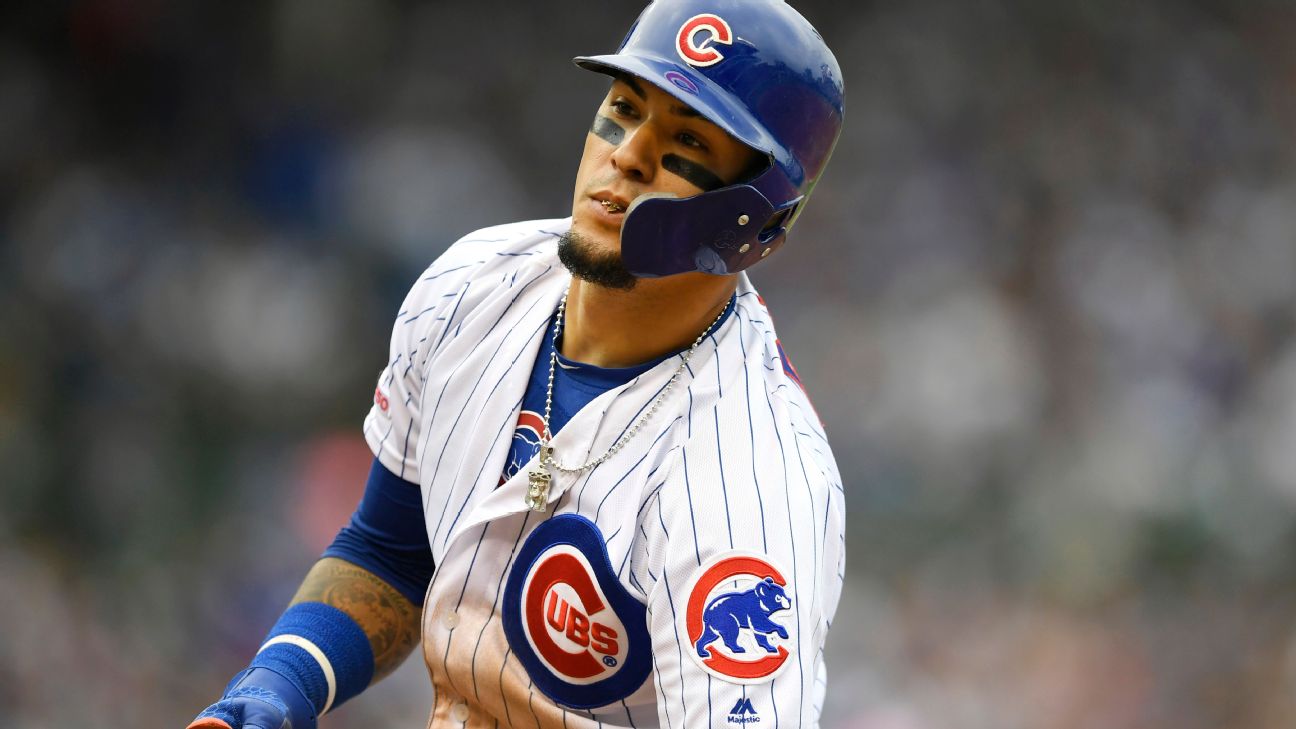 MILWAUKEE -- The Chicago Cubs' postseason hopes were dealt a significant blow on Saturday, when an MRI revealed that star shortstop Javier Baez has a hairline fracture in his left thumb.

Baez, 26, will see a hand specialist on Monday to determine how long he'll be out of the lineup, but it's safe to say the rest of his regular season is in jeopardy.

"It's a big blow," veteran teammate Jon Lester said before the Cubs played the Milwaukee Brewers on Saturday. "Middle-of-the-order guy and our shortstop. It's tough.

"We have to figure out a way to get him back and play good baseball until then."

Baez was hurt on a headfirst slide into second base last Sunday against the Brewers. He missed a couple days but was in the original lineup Thursday before being scratched after he left batting practice early.

"He does some amazing things and energizes us on the field," team leader Anthony Rizzo said. "We have to step up for him in his absence."

Addison Russelltook over at shortstop but was hit in the face by a 94 mph fastball from Brewers pitcher Adrian Houser in Sunday's game. He eventually was pulled in a precautionary move. He has a nasal contusion and is under evaluation for a possible concussion. He will travel with the team to San Diego.

David Bote might fill in for Russell if he misses time.

Russell has had an up-and-down year after missing the first 28 games of the season while completing a suspension for violating the league's domestic abuse policy. He struggled in his return and was optioned to Triple A, but he found his way back to the big leagues at second base.

"Addy is fine,"Lester said. "He's a strong kid. We have the utmost confidence he can play shortstop for us. He did it for us before. We won a World Series with him at shortstop. It's not like we're calling up a kid that can't handle the situation."

Russell has a .677 OPS in 74 games this season, a far cry from Baez, who compiled an .848 mark before the injury. Russell played shortstop in Baez's absence this week and made throwing errors in back-to-back games against the Brewers this weekend.

"He's spent so much time at second base, working on this different stroke, now he has to go on the other side and get the other one back,"manager Joe Maddon said. "I actually think his arm strength looks better."

The Cubs are in a dogfight for the postseason, as they completed Sunday's game 4.5 games behind the first-place St. Louis Cardinals in the NL Central and 1.5 games up on the Arizona Diamondbacks for the second wild-card spot. The loss of Baez, for however long, can't be overstated.

"We definitely have a lot of other good names,"Maddon said. "It's not like we're just a one-man band. Other guys have to take care of their component of the game.

"You look for other people to rise to the occasion."