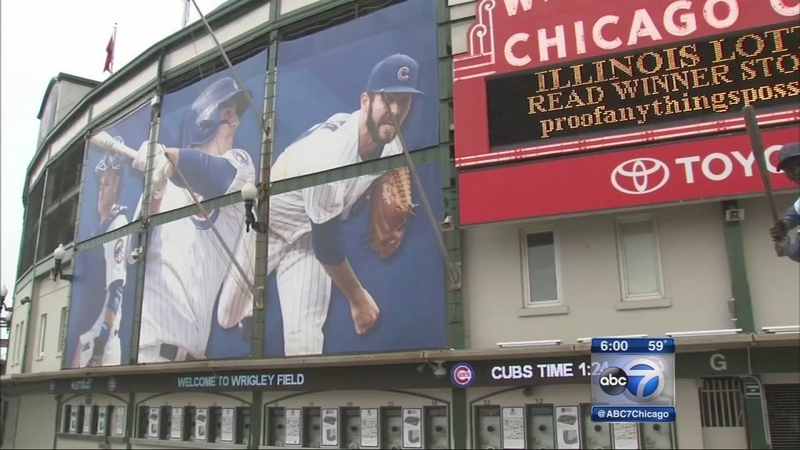 CHICAGO (WLS) -- It's two days 'til game time and fans are excited and nervous. The Chicago Cubs are making their first postseason appearance in seven years, playing the Pirates in Pittsburgh in Wednesday's NL wild-card game.

"I'm very nervous," says Santino Marchese. "It all comes down to one game. You don't know what's going to happen. Hopefully Arrieta brings his A-game."

"It's just a matter who can play the cleanest game, who can execute the most pitches," he said. "And the team that does that is going to win the game."

During the interview, Arrieta said he doesn't expect any surprises and believes it will be a low-scoring game that will come down to the last 15 to 20 pitches.

Many Cubs fans want to be at the wildcard game there in person, but it will cost them.

Cubs fans planning on watching the game in person will have to shell out at least $366 each way, whether they fly out on Tuesday or Wednesday morning. Some fans said they were going to drive their families to Pittsburgh. Others said they will stay home to watch the game on TV. Many are already getting their lucky gear ready for the game.

"I just got this jersey I've had for 25 years," said Billy McGuire. "It still has some of the mustard stains from Wrigley. I can't get it out. And I decided to get my number on it, 26, and my nickname. And 26 for my favorite player, Billy Williams."

The cheapest ticket to the wild-card game on StubHub is around $100, for standing room-only. Fans who want a seat will have to spend around $150. Tickets behind the dugout or home plate are as high as $1,500.

"If there was a big Pittsburgh contingency those tickets wouldn't be there," says Steve Buzil of Sit Close Tickets. "So that tells us that their side is weak. Our side is strong. There is going to be a sea of blue coming down there. I've got a lot of calls, a lot of tickets."

Patty Tubbs and her family have their tickets ready and are driving out very early Wednesday morning.

"We booked our reservations in Pittsburgh about a month ago, and once I saw St. Louis clinch my son went online and bought tickets for the Pittsburgh game," Tubbs says.

"Definitely really excited to go to Pittsburgh," says Cubs fan Christine Mikuluc, who is also driving there for the game. "One of my bucket lists is to go to all the ballparks so now I get to knock another off my list."

The Cubs earned an impressive 97 wins this season.

First pitch for the NL wild-card game is just after 7 p.m. Wednesday. The Cubs will send Arrieta, who has won 22 games this season, to the mound to face the Pirates' Gerrit Cole, who won 19 games this season.

If Chicago wins, the team will face the St. Louis Cardinals in a best-of-five divisional series.