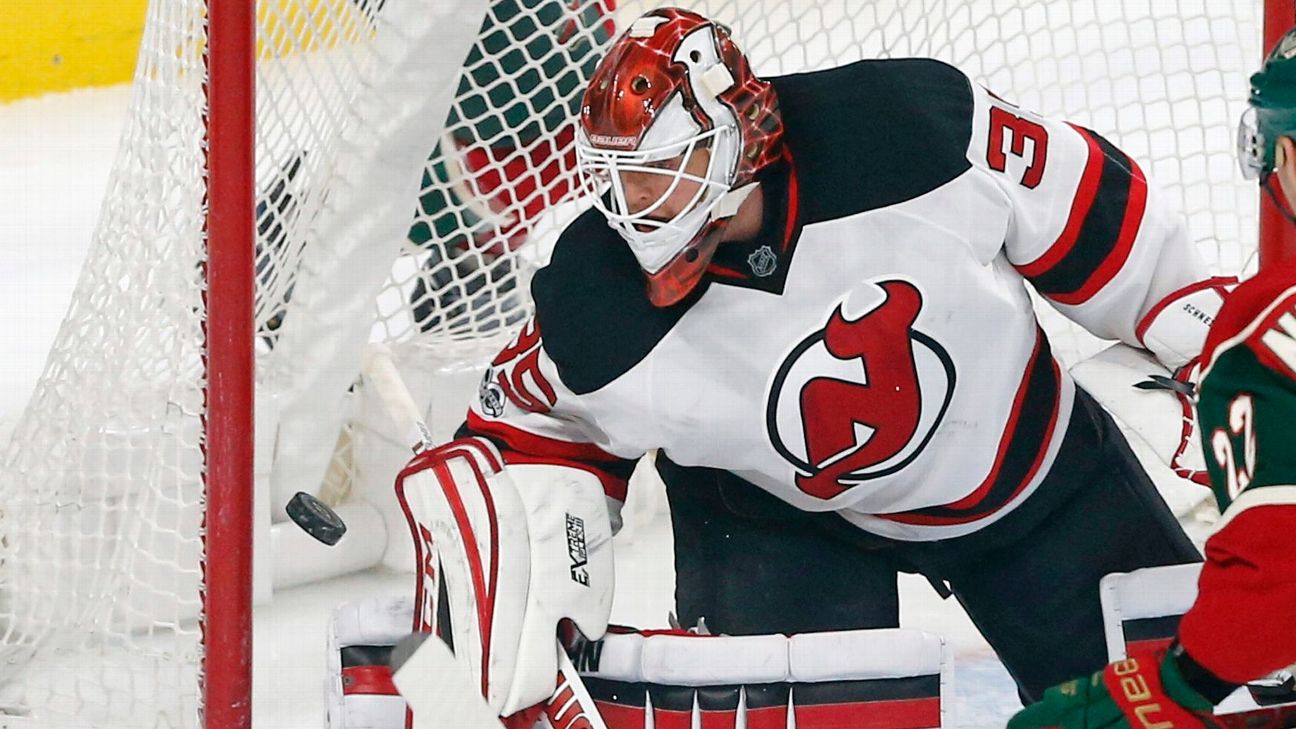 Thursday night saw a busy schedule of NHL games, with 10 teams in action.

That feels odd to read, because the entire NHL season is currently on pause due to the coronavirus pandemic. But teams around the league have turned to video games to entertain their hockey-starved fan bases practicing social distancing.

Five games were hosted on Thursday by official NHL teams, all recreated on the virtual ice of EA Sports NHL 20, with different presentations and personnel involved. Here is Thursday night in the virtual National Hockey League:

Three games on Thursday were played CPU vs. CPU. The Montreal Canadiens vs. San Jose Sharks as well as the Carolina Hurricanes vs. St. Louis Blues were broadcast in full from the game feed. The teams even threw in a couple of tweets along the way.

Then there's the matchup between the New Jersey Devils and Calgary Flames. The Devils not only carried the content load and presented the game, but had their social media team tweet along like it would a normal Devils game on the ice.

The team had fun with it, even having official team reporter Amanda Stein interview Devils goaltender Cory Schneider (the real one) after the game, a 6-4 Devils victory. In response to his 98-save performance on 102 shots, Schneider responded, "There's games where you gotta give a lot of credit to your teammates. Tonight probably wasn't one of them with 98 saves. Think we know where that stands."

On Twitter, Devils defenseman Connor Carrick asked how he did after the game, and after he was given his stats, including eight shots, he responded, "8? Was I on the PP or something that's bananas."

THE BEST vs. THE BEST

The Washington Capitals became the first club this season to sign a professional gamer in John "JohnWayne" Casagranda.

The Alaska native was the runner-up in the 2019 NHL Gaming World Championship, which is officially presented by the NHL. Caps Gaming announced Thursday that JohnWayne would play select Capitals' regular-season games, streamed on the Capitals' Twitch channel.

Thursday, the opponent was the Columbus Blue Jackets. Who better to take the controller for CBJ than the man who beat JohnWayne in the NHLGWC finals to become world champion (and win $50,000 in the process) -- Matt "Top Shelf Cookie" Gutkowski, a student at Ohio State and a lifelong Blue Jackets fan.

This was a rematch of No. 1 and No. 2, only this time they were controlling their respective teams in a best-of-three series. After JohnWayne took Game 1 5-3, Cookie bounced back and won two straight, 6-4 and 6-5, to take the series.

"It was great to chat with John and have some friendly conversation, all while playing competitive NHL," Gutkowski told ESPN. "John and I are great friends off the virtual ice, but we love the competition we have when we play against each other."

There was another Devils vs. Flames game played, this time by Devils mascot NJ Devil, who challenged hockey content creators On The Bench.

"It felt good to get out there on the sticks tonight," NJ Devil told ESPN. "Had a tough first game, we battled it out, got some pucks in deep and put pucks on net, and it really carried over into Game 2. From there it was smooth sailing. We had some tape-to-tape passes, some one-timers, backdoors, and timely goaltending from Mac. We even got the Ric Flair pumper mid-stream."