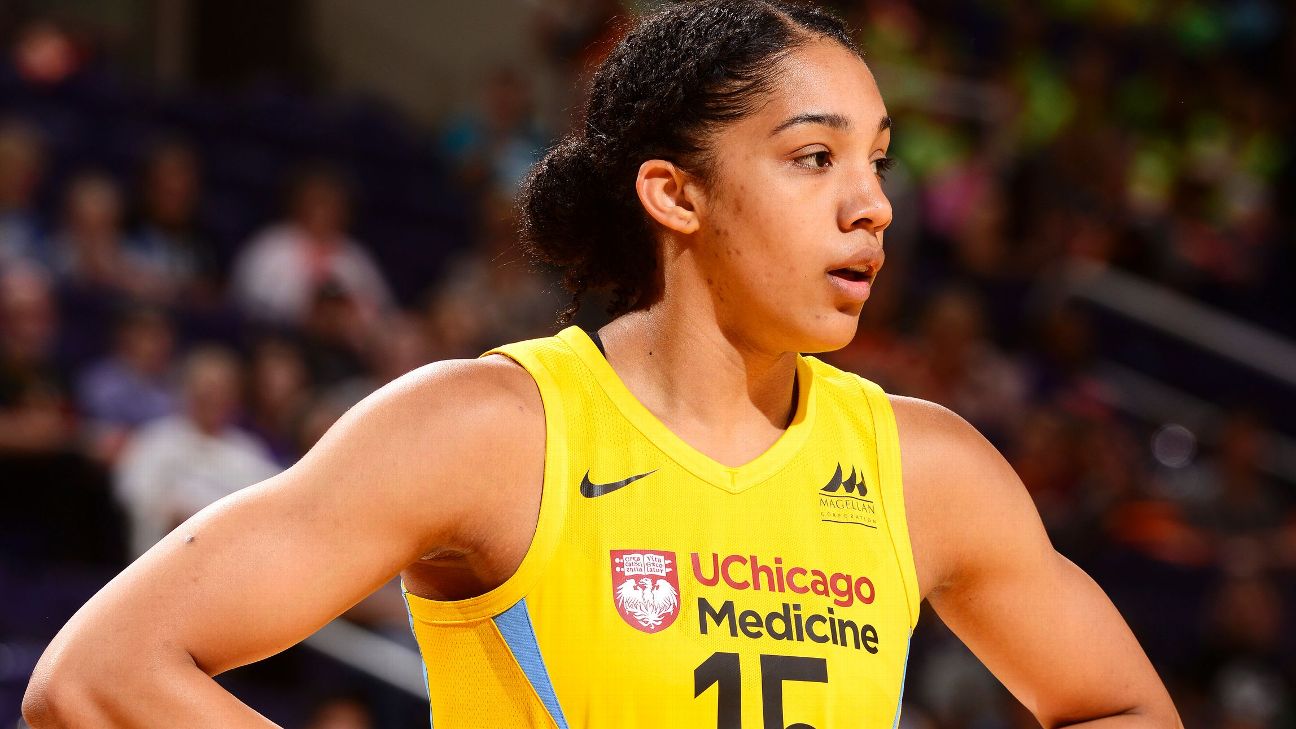 Former UConn player Gabby Williams, the No. 4 pick in the 2018 WNBA draft by Chicago, was traded to Los Angeles by the Sky on Sunday.

Williams, a 5-foot-11 forward, was put on the suspended list for the season by Chicago last week because she will be with the French national team preparing for the Olympics.


The Sparks said Sunday that Williams will remain on the suspended list for this season. Los Angeles sent rookie guard Stephanie Watts, the No. 10 pick out of North Carolina in last month's WNBA draft, and the rights to German guard Leonie Fiebich, the No. 22 pick in the 2020 draft, to Chicago.

"At just 24 years old, Gabby is a versatile player who still has the potential to make a major impact in this league," Sparks coach/general manager Derek Fisher said. "She fits into what we're building in Los Angeles, and we look forward to the future with her in a Sparks uniform."

The relationship between Williams and Chicago seemed to deteriorate regarding her plans to not play for the Sky before the Olympics. Williams averaged 7.7 points and 4.0 rebounds last season for Chicago. She was part of two NCAA title teams at UConn.


"We thank Gabby for all that she has done in a Sky uniform and we wish her well going forward," Chicago coach/general manager James Wade said. "We are excited about the possibilities that come with having Stephanie with us and what she will bring to our team. Her activity and skill set have already been displayed with LA early on."