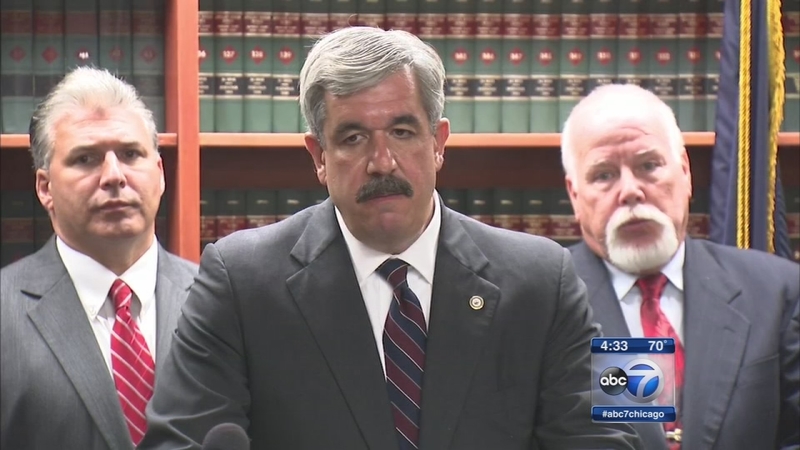 CHICAGO (WLS) -- During a press conference Friday, Erie County District Attorney Frank Sedita said the rape kit in the Patrick Kane case was not compromised or tampered with - and that it was never placed in a bag.

"The rape kit was never in any kind of bag. It was properly sealed and submitted. It has never left custody," he said.

Sedita spoke for more than 30 minutes Friday morning, at times animated, reacting to allegations this rape kit bag showed up at the accuser's mother's front door. Sedita, however, says rape kits in Erie County are not placed in bags.

He said that on the morning of Aug. 2, the rape kit was opened by a sexual assault nurse examiner at 9:40 a.m. and then sealed and turned over to police at 11:40 a.m. It was then delivered to Hamburg police at 12:06 p.m. Showing video surveillance, Sedita said detectives then placed the rape kit - which was in a box, not a bag - into the evidence locker at 12:16 p.m.

On the morning of Aug. 2, the accuser stopped at her mother's house to change her shirt before going to the hospital, Sedita said. A brown paper bag was given to a civilian - who Sedita says was the accuser's mother - for her to place the accuser's orginal shirt into for later collection by police. Sedita said her mother is the last person to be seen with the bag.

"Neither bag contained the rape kit," he said. 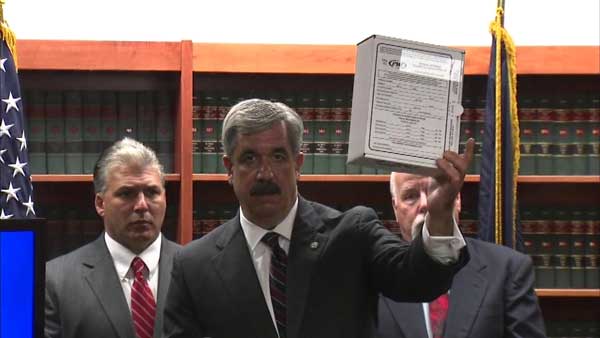 The accuser's mother isn't likely to face charges, but Sedita said it could be a different story if they find out the accuser participated in the deception. He says the investigation into the hoax could be complete within the next few days, and says he wants to speak to the accuser to see what she knew.

"If the investigation further reveals that the complaintent was somehow involved in this, knew about this - then that could be very relevant. But we haven't gotten to that point yet. The focus was to see if evidence was tampered with," he said. 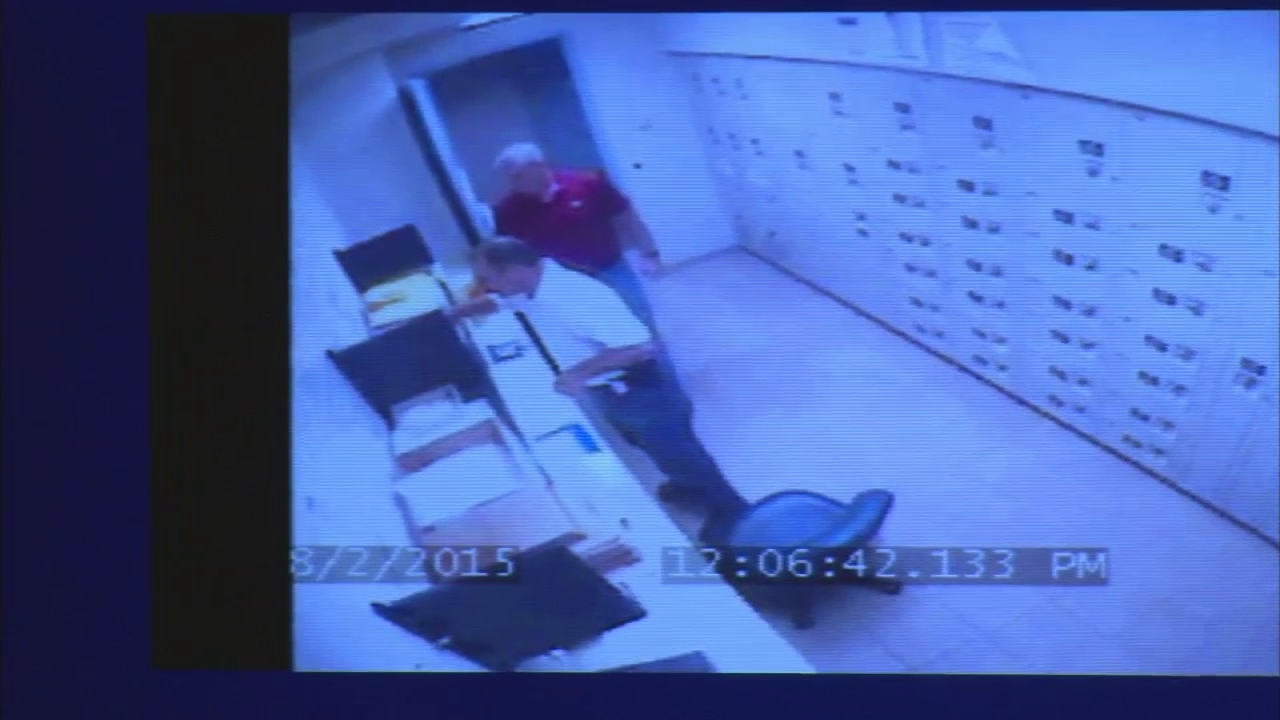 Erie Co. DA press conference
During a press conference Friday, Erie County District Attorney Frank Sedita said the rape kit in the Patrick Kane case was not compromised or tampered with - and that it was never placed in a bag.

"The whole thing is kind of crazy I think - it's kind of weird that all of a sudden this bag shows up at this particular person's house," said Al Clark a Blackhawks fan.

"After this latest evidence I feel like it's a dead case, I feel like there's no point in continuing on," said Karly Nesnidal, a Blackhawks fan.

Friday's announcement comes as the lawyer for Kane's accuser quit the case Thursday night, saying that he no longer believes the story he was told about how the bag ended up with the accuser's mother.

"As an attorney, and an ethical one who prides himself on that, I am not going to go forward as the lawyer in this case if I don't have confidence," Attorney Tom Eoannou said.

Eoannou called a news conference Thursday and told reporters that he believes there were what he calls "fabrications" in the story of how the bag was found.

Eoannou displayed the purportedly "tampered evidence" at a press conference on Wednesday.

"My office received an evidence bag from the mother of my client. The evidence bag was torn, affixed to the bag was a label identifying my client in the investigation," Eoannou said.

He said he confirmed with prosecutors investigating the case that the bag is authentic - but he said he doesn't know what evidence the bag contained.

Despite his concerns, Eoannou said he is still confident in the woman's allegations against Kane.

"I no longer have confidence in the manner and means in which that bag came to my office. This does not in any way reflect on what occurred on the night in question," Eoannou said.

"Well frankly if you think about it, as I indicated yesterday, the science was clear. The testing that was done here, in my opinion, exonerated my client," said Paul Cambria, Kane's attorney.

Kane has been accused of sexually assaulting a woman in her 20s at his New York home on Aug. 2. He has not been charged with any crime.

"I am confident that once all the facts are brought to light, I will be absolved of having done nothing wrong," Kane said at a press conference last week.

The family of Kane's accuser sent this statement to The Buffalo News:

"While we are disappointed that Mr. Eoannou has withdrawn from his role providing advice and counsel in the criminal investigation of Patrick Kane, we have every intention of pursuing this case to a just conclusion. It must be emphasized that there exists no evidence or allegation that the accuser herself had any knowledge of the existence of the 'evidence bag' until well after it was brought to Mr. Eoannou's office on Tuesday afternoon. A further statement regarding that matter will be made after the district attorney's press conference tomorrow."
Related topics:
sportschicagopatrick kanechicago blackhawksinvestigation
Copyright © 2021 WLS-TV. All Rights Reserved.
RELATED
VIDEO: District Attorney Frank Sedita statement at press conference
PHOTOS: Surveillance video of rape kit involved in Patrick Kane case
Attorney for Patrick Kane's accuser withdraws from case
Patrick Kane Case: Rape kit evidence bag tampered with, attorney says
TOP STORIES
CPD officer struck while directing traffic in Loop
Steve 'Mongo' McMichael shares glimpse inside brave battle with ALS
Springfield grandmother's obituary takes aim at unvaccinated
Woman shot on I-57 in Markham
Boyfriend now person of interest after woman disappears while on trip
Woman carjacked in Bucktown amid rash of crimes in area
Kane County man found justified in shooting of neighbor's dog
Show More
CPD investigating paintball attacks in Wicker Park, West Town
Chicago Weather: Sunny and pleasant Thursday
IL reports 4,194 COVID cases, 44 deaths
Are flood-damaged cars flooding the Chicago used car market?
Lightfoot announces Pedro Martinez as new CPS CEO
More TOP STORIES News