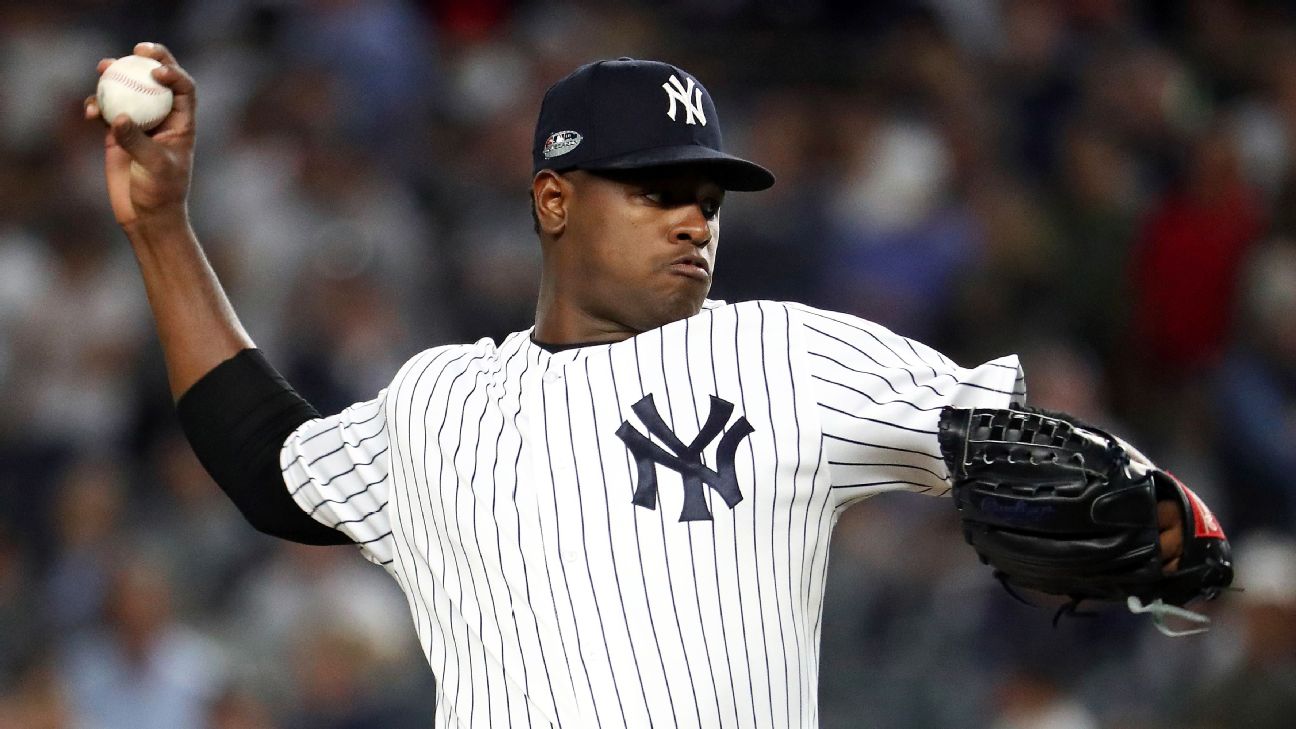 The top 22 percent of players with at least two years of service time, but less than three, are eligible for arbitration as long as they had at least 86 days this year. They join the older group of three- to six-year players.

Players and teams are scheduled to exchange proposed salaries on Jan. 11, and hearings for those lacking agreements will be scheduled for Jan. 28 to Feb. 15 in St. Petersburg, Florida.

The group also includes Detroit pitcher Michael Fulmer, the 2016 AL Rookie of the Year, and Oakland left-hander Sean Manaea, who pitched a no-hitter against Boston in April and had season-ending surgery on Sept. 19 to repair the labrum in his pitching shoulder.

Atlanta Braves left-handed Jacob Lindgren, who missed 2018 while recovering from Tommy John surgery, would have been eligible at 2 years, 134 days, but he was sent outright to Triple-A on Oct. 31.