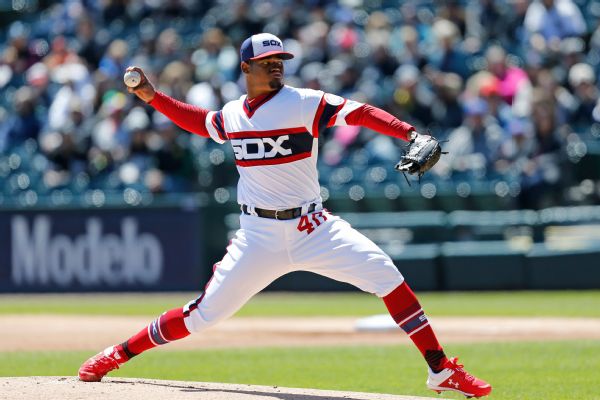 CHICAGO -- The Chicago White Sox entered their series finale on Sunday against the Detroit Tigers with the worst rotation ERA in baseball and the second-worst overall mark. They exited it with a new strikeout record.

Reynaldo Lopez and three relievers combined to strike out 20 Tigers in Chicago's 4-1 win at Guaranteed Rate Field. That tied the MLB record for a nine-inning game.

"Today's outing was one of the best of my career, definitely," Lopez said via White Sox interpreter Billy Russo. "Everything worked perfectly, and I felt good."

Lopez set a career high with 14 whiffs, and relievers Jace Fry, Kelvin Herrera and Alex Colome struck out two apiece. Lopez recorded 13 of his strikeouts with his fastball, the highest total by a White Sox pitcher in the past 10 years.

"The strikeouts, in and of themselves, for me are just a consequence, an outcome," White Sox manager Rick Renteria said. "When their stuff is good and they're executing, it just basically tells you they're on the right track in terms of managing what they're capable of doing."

According to ESPN Stats & Info, the White Sox became the seventh team to record 20 strikeouts in a nine-inning contest.

Although the White Sox needed four pitchers to tie the record, catcher Welington Castillo was behind the plate for all 20 strikeouts. He joins Rich Gedman (Red Sox), Bill Haselman (Red Sox), Sandy Martinez (Cubs), Chris Ianetta (Angels), Wilson Ramos (Nationals) and Christian Vazquez (Red Sox) as the catchers to accomplish that feat -- not that he was ready to pat himself on the back.

"What can I say?" Castillo said. "I wasn't thinking about that. I was just really focused about the game, making them execute their pitches. I think other people have to talk about [the record]. I don't like to talk about it."

Lopez struck out three in the second and sixth innings and two in each of his other four frames. Fry, Herrera and Colome each logged an inning apiece, so Chicago struck out at least two batters in all nine innings of the game.

The strikeouts set a White Sox franchise record for a game of any length and tied the Tigers' team mark for most times whiffed in a contest. For the White Sox, while the record was nice, what it might mean for a young staff trying to build consistency is more important.

"It is a big deal because this is the big leagues," Renteria said. "It's hard to do that, and it's hard to win a major league ballgame on top of it. I commend them for what they did. Every single guy in that locker room right now is really happy that it happened today to give us a chance to win a ballgame." 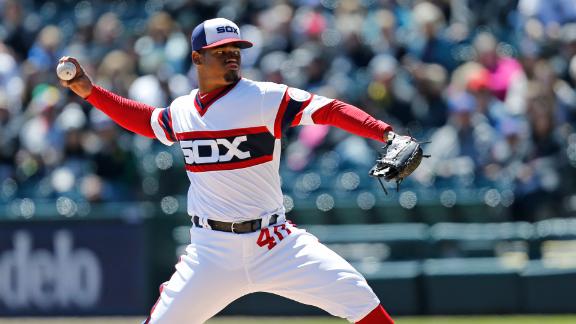