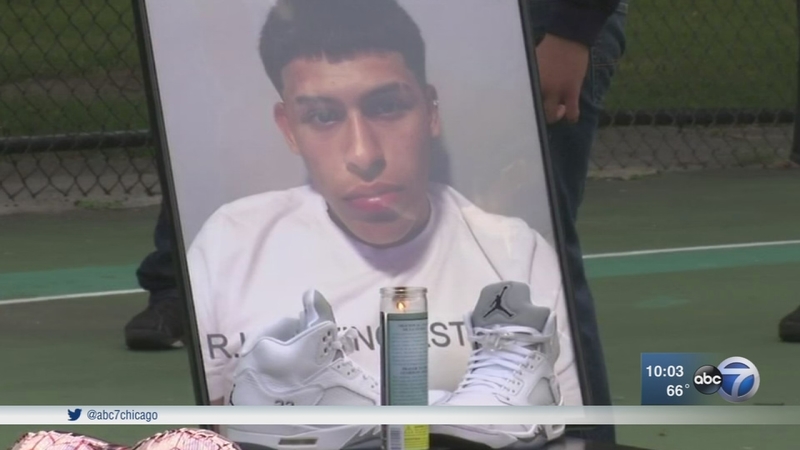 No one was in custody Wednesday afternoon. Police were canvassing the area Wednesday to find someone who may have seen what happened.

Irving Estrada was at a basketball court near West 16th Street and South 56th Court with several friends when three teens approached the group, witnesses said. At least one of them had a gun.

"We tried to take it out of his hands," said friend Anthony Perez.

But they couldn't get the gun out of his hands.

"I heard the gunshots. I am not going to lie. I got shook. I was still there after the first two gunshots but after the third one I ran," Perez said.

"I already cried all my tears out. I was crying the whole night. I just finished crying," Perez said.

"He's such a great person. Why him? Of everyone, why him?" wondered his friend Alan Sotelo.

Neighbors said they were surprised because they have never had any gang activity. It was a basketball court where Estrada spent much of his spare time.

"I have never seen fights, always felt totally safe and I am sorry for the kid that got shot," said Martin Swift, who lives in the neighborhood.

Friends said they don't know why the suspects came to the court or who they were targeting.

"No one really had problems with him. He was a cool guy. Everybody liked him. He was funny and athletic," said friend Fabian Morales.

On Wednesday, friends gathered at the court, where a memorial has been set up. Clergy also met with Estrada's family Wednesday night. His mother's near-paralyzing pain is apparent to all.

"She hasn't' said much. She is so broken, she hasn't said much," said Ismael Vargas, chaplain for the town of Cicero.