Funeral set for grandson of US Rep. Danny Davis 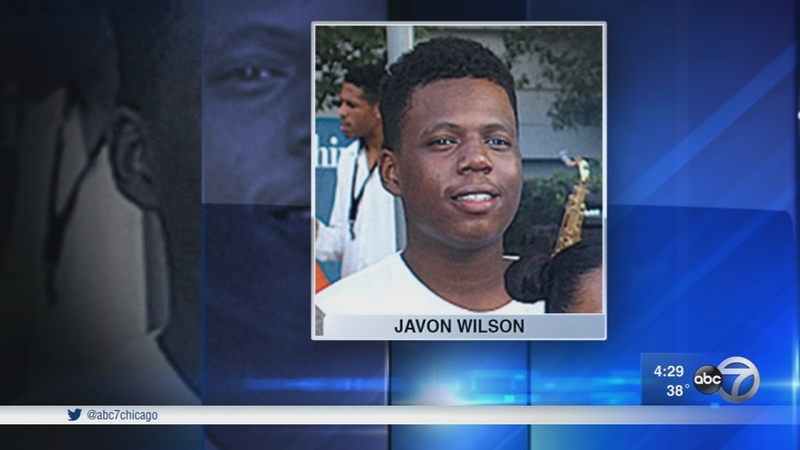 CHICAGO (WLS) -- A funeral for Javon Wilson, the 15-year-old grandson of U.S. Rep. Danny Davis who was fatally shot, will be held Saturday.

Wilson's wake will begin at 10:30 a.m. Saturday at Carey Tercentenary AME Church at 1448 S. Homan Ave.; followed by the funeral service at 11 a.m., according to Davis' spokeswoman Tumia Romero.

Wilson - a sophomore at Perspectives Charter school in the South Loop, was shot in the neck about 6:45 p.m. Friday at his home in the 5600 block of South Princeton, authorities said. Tariq Harris, 16, and Diajae Banks, 17, were charged with first-degree murder and home invasion. Both were denied bail.

Cook County Judge James Brown denied bail for the teens, calling them a "grave danger to the community" and denounced their "clear and total callous disregard for the sanctity and precious nature of human life."
Wilson's murder hits home for someone who has spent a political career advocating for gun control laws.

"Guns are the way America is solving it's problems right now, you mad at someone you pull a gun, road rage pull a gun, this is America and it's only going to get worse," said activist Rev. Michael Pfleger, of St. Sabina Church on the South Side.

Pfleger believes guns have become part of the American wardrobe. He fears it will only get worse with President-elect Donald Trump.

"The danger is if guns are this easy to get right now in America, we are getting ready for a president-elect who is supported by the NRA, who is very pro-gun," he said.

Because of its lax gun laws, Pfleger said Vice President-elect Mike Pence's home state of Indiana is where many of Chicago's guns.