Grandparents speak out about murders of son, daughter-in-law, 4 grandkids 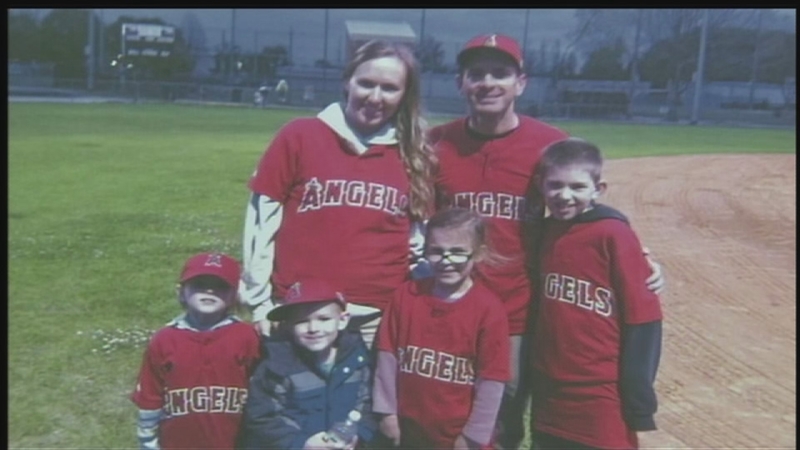 SPRING, Texas -- As we learn more about the Spring family killed in cold blood, family members and friends are opening up about the tragedy.

Authorities say Katie Stay, 33, her husband Stephen, 39, and children, ranging in age from 4 to 15, were tied and forced to lie face-down on the floor of their home Wednesday evening before each one was shot execution style. Everyone but 15-year-old Cassidy died in the shooting.

Pictures of the Stay family show happy children with their devoted parents.

"This was a family, a close-knit family," said Tom Stay, father of Stephen Stay.

"Katie and Stephen loved each other. Totally wonderful, I mean so committed to each other; all on the same page at the same time doing what they were supposed to do," Joyce said.

The family of seven was originally from southern California. Stephen, one of three boys, grew up on a farm. And his family has known Ronald Haskell, the accused killer, as well as Haskell's parents, for years.

"He was brought up in a good family, and they taught him the Gospel. And he understood what was right and wrong, and he was a good boy. How he changed, you just don't know what triggers that off in people's mind," Tom said.

While the Stays are grieving, they are also grateful 15-year-old Cassidy survived. Their first conversation was hard.

The parents of Katy Stay declined to give any interviews Thursday but did issue a prepared statement through authorities.

"Stephen and Katie Stay and their beautiful children were an amazing and resilient family. They lived to help others, both at church and in their neighborhood. We love them beyond words," Stay's father, Roger Lyon said in the statement. "We are shocked and devastated by this tragedy that has taken these precious souls away from us." (READ THE FULL STATEMENT)

The Stay family also was well-known in their community. They were active in a special needs baseball league called the Superstars.

Stay children Bryan, 13, had cerebral palsy. His sister Emily, 9, was developmentally delayed, according to family friends. Dad Stephen taught them to be fearless through his own love for baseball. He became a coach to a team last year called the Angels.

"Bryan ran with all his heart. He was always going to come shake your hand, even though it was hard for him to do," said Bautista. "And Emily loved her brother, loved her mama, loved her daddy."

Stephen and Katie loved the Superstars so much that they agreed to take over the league and were in the middle of that transition.

"They would have done it beautifully and handled it with love. I don't think they're a family that's easy to replace. Not at all," said Bautista.

An official memorial page has been set up on Facebook, and those who want to donate to the family can do so on GoFundMe.com.

Suspect Ronald Lee Haskell, 33, was the subject of a restraining order obtained by his own mother less than a week before the attack and faced previous allegations of domestic violence, authorities said.

Haskell, who was married to Katie Stay's sister. The family refused to tell Haskell where he could find his ex-wife, officials said.

The San Diego County, California, sheriff's office said in a Thursday statement that Haskell's mother had reported an argument with her son July 2 at her home in San Marcos, California, during which Haskell physically restrained her when she tried to leave the house to call for help. Haskell finally left after a few hours, and his mother called 911, the statement says. She later obtained a restraining order against her son and the case remains under investigation, according to the statement.

Haskell also had a handful of previous run-ins with law enforcement in Utah, where he had lived with his wife. Neighbors said Haskell's marriage was so rocky that Stay went to Utah last fall to help her sister escape the relationship and start a new life in Texas.

Stay "was very instrumental in helping her sister get here so she could have a fresh start. Katie's a spitfire. She has energy to stand up for what she believes is right and true," said Verena Beckstrand, a neighbor who choked back tears as she talked about the family.

Documents presented at a preliminary court hearing for Haskell on Thursday say the daughter who survived the attack at the home in Spring attempted to close the door after telling Haskell her parents were not there, but he allegedly kicked it in. After the shootings, the teen played dead and called 911 when Haskell left the house, prosecutors said.

When the badly wounded daughter contacted authorities, she told them the gunman was planning to shoot other relatives, Harris County Constable Ron Hickman said. Police located Haskell's car and took him into custody after a three-hour standoff.

By Thursday morning, a small memorial with three candles and a plant had been set up at the front door of the family's two-story white-brick and brown wood-trimmed home. A couple with a child left a framed photo of the family with the inscription "Faith, Hope, Love."

The father, Stephen Stay, was a real estate broker. The mother was a helpful presence around the neighborhood, planning Halloween and Christmas parties for children, said Viri Palacios, who lives across the street.

"I don't think any of us will ever be able to see that house the same again," Palacios said. "I just want the word to get out they were a really, really good family."

Online jail records did not list an attorney for Haskell, who initially was misidentified by authorities as the slain children's father. Officials did not explain the mistake Thursday.

Haskell was wearing a FedEx shirt at the time of the attack, but authorities seemed uncertain whether it was a deliberate attempt to deceive. Hickman said investigators were not sure whether the suspect would have needed a disguise to get in the house, or if the children knew him.

Haskell had once done work for FedEx but not since January, the company said in a statement.

Haskell was previously jailed in 2008 in Logan, Utah, about 80 miles north of Salt Lake City, on charges of assault and domestic violence. His wife told police he dragged her by her hair and struck her in the head in front of their children.

Those charges were later dismissed as part of a plea deal, according to information released Thursday by Logan authorities.

Haskell also was served last year with a protective order from his ex-wife. It was dismissed in October after the couple filed for divorce, online court records show.

A divorce decree issued in February shows Haskell and Melanie Kaye Haskell were married in 2002 in Orange County, California. They separated in June 2013. A judge granted joint custody of the couple's four children, ranging in age from 3 to 11, with Haskell's wife getting primary custody.