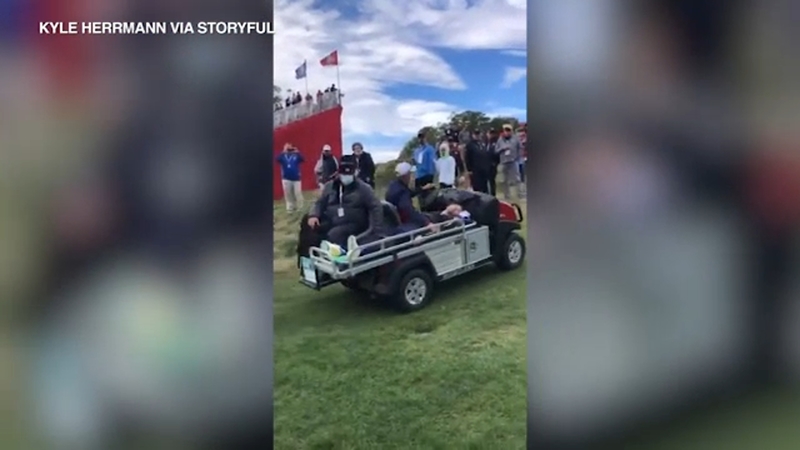 SHEBOYGAN, Wis. -- Harry Potter actor Tom Felton was carted away from a celebrity match at the Ryder Cup golf competition in Sheboygan, Wisconsin Thursday after experiencing a medical incident, according to local reports.

Felton, best known for playing Draco Malfoy in the Harry Potter film series, "seized and fell to the ground" after taking photographs with fans, the Milwaukee Journal Sentinel reported.

Felton was on the 18th hole when he went down. He was helped to his feet, placed on a stretcher and driven away in a golf cart, according to the Associated Press.

Golf Digest reported that the PGA of America said Felton experienced a "medical incident" and was transported to a local hospital for treatment.

Felton was representing Europe in the celebrity match, which is held the day before the U.S. and Europe start the Ryder Cup.

He turned 34 on Wednesday.