Twin infants dead after being found in car in apparent accident 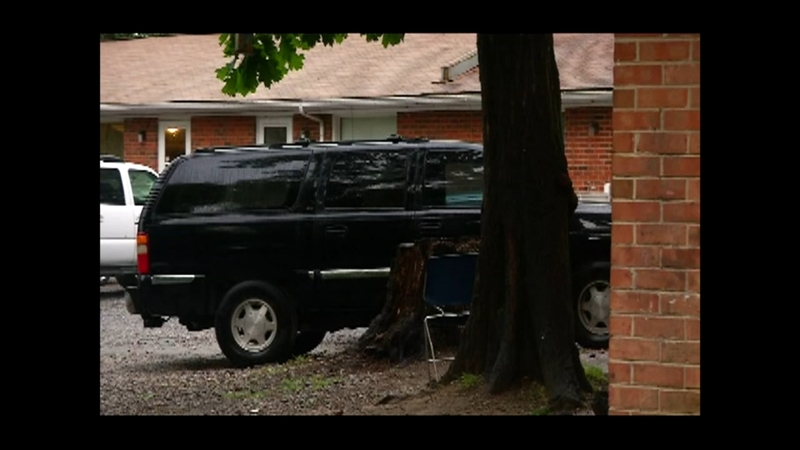 Twin infants dead after being left unattended in car

RICHMOND, Va. -- Police in Virginia said two infants who were apparently accidentally left unattended in a car have died.

Maj. Frank Carpenter of the Chesterfield County Police Department said Friday the black SUV the children were found in a day earlier is believed to belong to the children's parents.

Carpenter said an investigation is still underway, but police believe the incident was an accident. He declined to provide further details about the timeline of events.

Carpenter said the children, one boy and one girl, are believed to be twins. Both were around 5 months old.

Police are awaiting autopsy results from the medical examiner's office.

A fire official said both children were hospitalized after being found in cardiac arrest. One was pronounced dead Thursday afternoon and the second died several hours later.

Donna Gusti works with the twins' parents at the Waffle House. She is also their neighbor. She got choked up talking with 8News about the family.

"It's tragic, what happened. I don't even know how to help them with their pain. It was certainly not an intentional, negligent act. It was a horrific mistake that can never be erased," Gusti said.

Neighbors said the family moved to the Maisonette apartments about ten months ago from South Carolina.

Gusti said the parents would go out of their way for anyone, especially their children.

"One of them is always home with the kids, yes. So they're working on their schedules. It's hard. It's been really hard, trying to do it all and have babies, but they're doing it," Gusti said.

"They go to work, they come home to their kids. They're not any trouble. They're awesome," another neighbor said.

Neighbors who often talked with the family said they'll miss seeing the babies.

"They're amazing. They're loved. They're beautiful. They're... I don't know what anybody's gonna do or feel now," Gusti said.

Neighbors said the parents also have two other children, ages 5 and 15.

Chesterfield police haven't released any charges at this time.