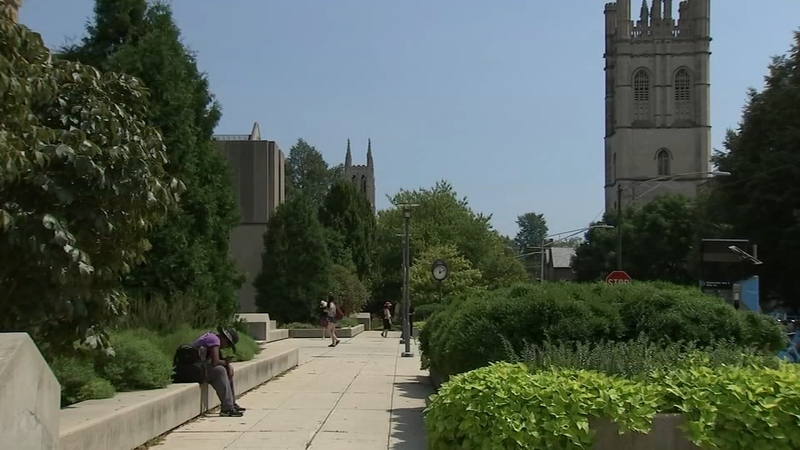 CHICAGO (WLS) -- A University of Chicago student was the victim of an attempted sexual assault on campus early Monday, Chicago police said.

The 21-year-old woman was walking in the 5600-block of South Drexel Avenue just after midnight when police said a man grabbed the woman from behind and restrained her. A University of Chicago security alert said the attacker pushed her to the ground and put his hand up her skirt. The woman was able to escape by biting the man's arm. The attacker then fled north on Drexel Avenue, police said.

"Kudos to her. I hope that if I'm in that situation I would be as prepared to react as she did," said UChicago student Maimouna Traore.

The woman was not injured and refused medical treatment, police said.

The suspect is not in custody and Area Central detectives are investigating.

The University of Chicago Police Department said it has increased its presence in the area and is working closely with Chicago police.

"It doesn't matter where you are. Don't think just because you are on campus or in Hyde Park that you can let your guard down," Traore said. "Always have it in the back of your mind that this is a city and anything can happen, so be prepared."
Report a correction or typo
Related topics:
chicagohyde parkuniversity of chicagoattempted sex assault
Copyright © 2021 WLS-TV. All Rights Reserved.
More Videos
From CNN Newsource affiliates
TOP STORIES