Uptown Theatre: Why the $75 million restoration hasn't started yet 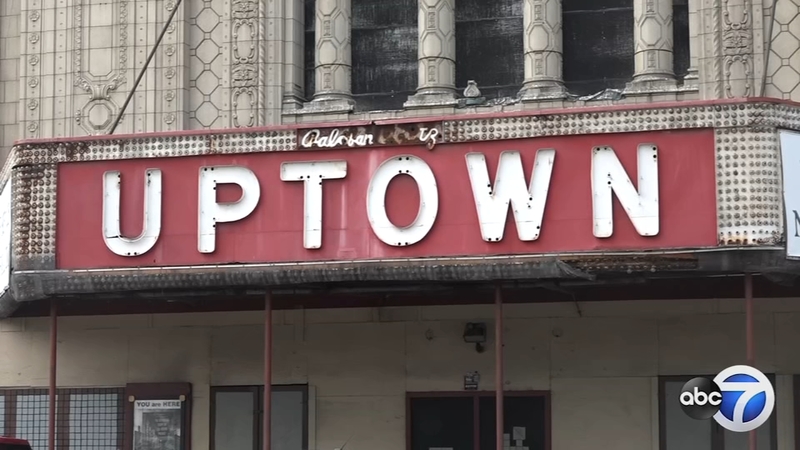 Uptown Theatre: Why the restoration hasn't started yet

CHICAGO (WLS) -- It's been more than a year since the city of Chicago announced the plan to restore the 94-year-old Uptown Theatre.

"It's a national treasure so why has it just been sitting here all these decades?" Uptown resident Ken Howard wondered. "They have to renovate it. They need to renovate it."

And the city plans to. In June of 2018 former Mayor Rahm Emanuel announced a $75 million plan to restore the building.

RELATED: Historic Uptown Theatre to be restored with $75 million renovation

Construction was supposed to start during the summer of 2019, but as this winter season begins, no progress on the theater has been made yet.

"People are rightfully frustrated that it's not happening right now. So am I," said 46th Ward Alderman James Cappleman. "We have to take in mind that this building has been vacant for over 38 years and we're the closest we've ever been. It will happen."

The restoration plans to add more than 1,000 seats to the theater. There would be new elevators, concession stands and the building's exterior and marquee would be completely refurbished.

So what's the holdup? Money.

Jerry Mickelson bought the theater in 2008. He's been trying to fix it up ever since.

The city says the project has secured almost $50 million in funding already. It's a combination of state, city and federal funds. But Mickelson said they need more and it will take time.

"It's not easy to raise $40 million. But we're working with the non-profit Uptown Theater Foundation to help make it happen," he said.