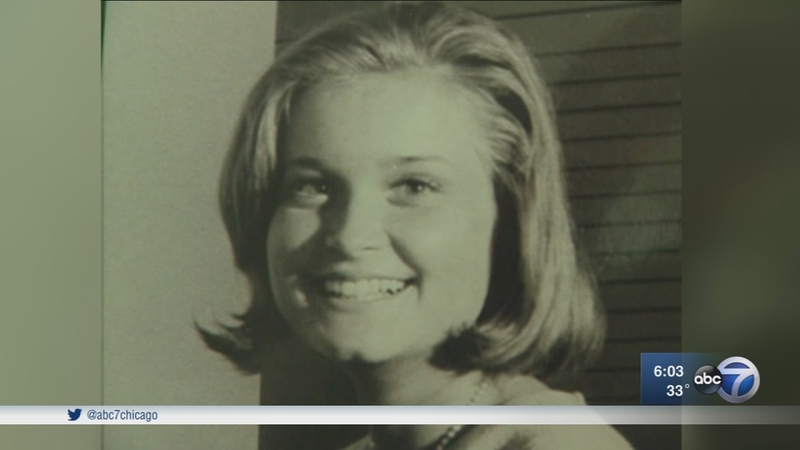 Expansive police files that have been kept secret since Kenilworth political daughter Valerie Percy was savagely murdered on Sept. 18, 1966 will remain under lock and key, a Cook County judge ruled Tuesday afternoon.

Box loads of records, reports and photographs collected by State Police and kept at Kenilworth police headquarters for more than 50 years had been the subject of a Freedom of Information Act request by New York attorney John Q. Kelly, who grew up in north suburban Glencoe and said the public deserved to know what happened in the unsolved case.

On Tuesday, Cook County Judge Anna Helen Demacopoulos ruled on the FOIA suit stating she is "convinced this is an ongoing active investigation." So, after fifty years, with no announced suspects or arrests, law enforcement officials has successfully fought off the full FOIA request. Under the judge's order, 20,000 pages in the Percy police files will not be made public-although some records from the coroner's office pertaining to Percy's death will be released along with some, more recent, official e-mails.

When the FOIA request was first made a year ago, lawyers for the village of Kenilworth gave a blanket denial of that FOIA request, stating in a court memorandum that releasing police records would " obstruct the investigation." They maintained the entire file should be kept under wraps because "there is an at large perpetrator... currently under active investigation."

Valerie Percy, 21, one of the Percy twins and daughter of then-Republican candidate for U.S. Senate Charles Percy, was attacked and murdered as she slept in the family's home in Kenilworth.

It was a crime that mesmerized metro Chicago and is one of the nation's most notorious cold cases. There had never been a murder in Chicagoland's richest suburb. That changed, literally overnight, on Sept. 18, 1966.

Sharon Percy Rockefeller, identical twin of Valerie, sat for an exclusive interview with Chuck Goudie and the I-Team in 2006 about her sister's murder as their father ran for U.S. president.

Millionaire businessman and soon-to-be-U.S. Senator Percy and his family were awakened at 5 am by shattering glass, then muffled groaning. Percy's daughter and campaign manager Valerie had just been struck and stabbed; Percy's wife saw the killer standing over her mortally-wounded daughter. It was no robbery - the man left behind Valerie's wallet, which contained $60.

The attacker quickly ran off toward the lakeshore and whoever he was, he has never been brought to justice. Attorneys interested in opening up the Percy files said that the public had a right to see what was investigated.

Despite claiming the case to be open and active, suburban police have never revealed any details about a possible suspect.

FBI records obtained by the I-Team in 2014 revealed a prime suspect in the Percy murder: William Thoresen, III, son of a Kenilworth industrial tycoon who was described in one FBI report as "violent," a "mental case... armed and dangerous."

Thoreson had uncanny connections to the Percy murder according to a Chicago author who looked into the case.

"He had 70 tons of weapons, including everything up to Howitzers, a laundry list of weapons that he had and bayonets are in there," said Glenn Wall, author of "Sympathy Vote: A Reinvestigation of the Valerie Percy Murder."

A bayonet found in Lake Michigan three days after the murder could never be connected to Valerie Percy's stabbing death, even though footprints in the sand led from the Percy home to the beach.

Even if Thoreson did it, he died in 1970 and could hardly be considered an "at large perpetrator... currently under investigation" as suburban police claimed they were zeroing in on.