Volcano off the coast of Italy erupts, killing 1 and injuring 2 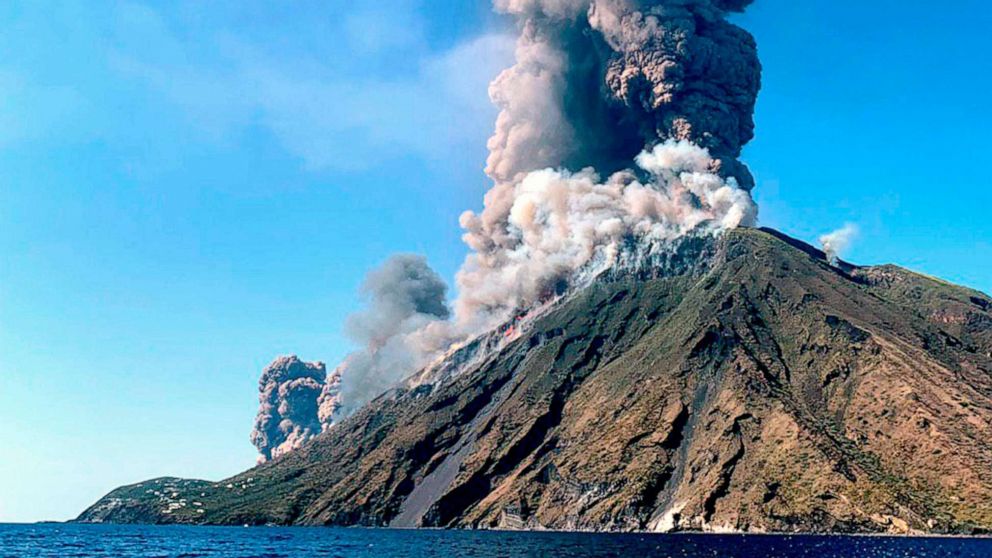 The Stromboli volcano on an island off the southern coast of Italy erupted violently with little warning Wednesday, sending an enormous cloud of ash two kilometers high and volleys of small pieces of lava across its slopes. Two eruptions were reported, followed by 20 smaller seismic tremors.

A hiker who was walking on one of the mountain's many trails was killed, and two other people were reported injured, according to Italy's Civil Protection Agency.

Frightened tourists threw themselves into the surrounding waters to escape the flying debris, the Italian news agency, ANSA, reported. The national fire department was dispatched to help bring stranded hikers down.

Two lava flows were also created on the side of the volcano, but there was no reported threat to any structures.

The hot lava pebbles flung from the crater set off fires on the slopes of the volcano. The Civil Protection Agency and Fire Department were hampered by the thick smoke while trying to fight the fire.

Marco Giorgianni, the mayor of the island's principle town, Lipari, said there was little damage to the residential areas of the island and no need for evacuation, but offered assistance to anyone wishing to leave, according to Italian paper La Repubblica. The island is only accessible by ferry.

Planes were flown from the mainland to try and extinguish the fires that were burning dry brush on the slopes of the volcano.

Stromboli is an active volcano, and the last time was erupted was in the summer of 2014, according to Volcano Discovery. Other lava flow eruptions took place in 2007 and 2002 into 2003.