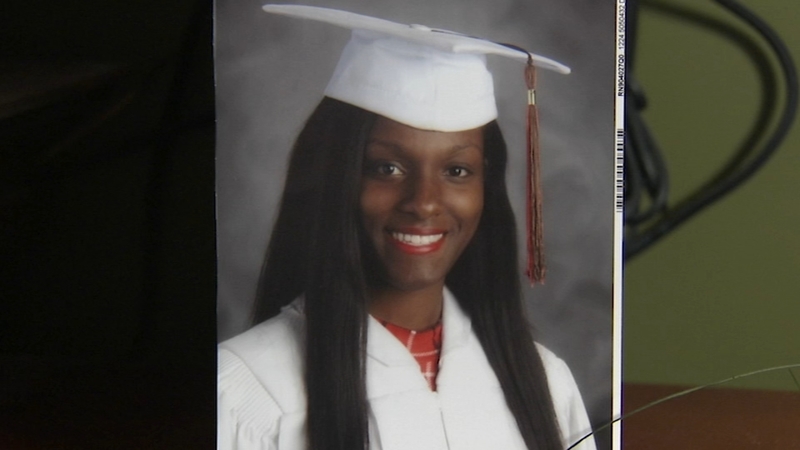 CHICAGO (WLS) -- A family is searching for answers after a Chicago woman was found fatally shot in her bedroom in a South Side neighborhood Tuesday night.

Keishianta Coleman, 22, was with her boyfriend in her family's Washington Heights home when her mother said she heard a big thump from her daughter's room at around 10 p.m.

"I get up there and my baby is gone," said Coleman's mother, Evita.

The family said they haven't seen her boyfriend since Tuesday night.

"All of a sudden, no one knows where he is at," Evita Coleman said.

Chicago police are investigating and no one is in custody.

Coleman's family hopes the boyfriend comes forward to share what he knows about what happened Tuesday night.

"Give us justice for my sister," said Sare Coleman. "She was only 22. Her life didn't even get started yet."

"She was sweet as pie," said her grandmother, Sophia Coleman.

The Cook County Medical Examiner reported that Coleman died from a gunshot wound to the chest. Her death was ruled a homicide.

As for the investigation, CPD said they're investigating the case as possible domestic violence.