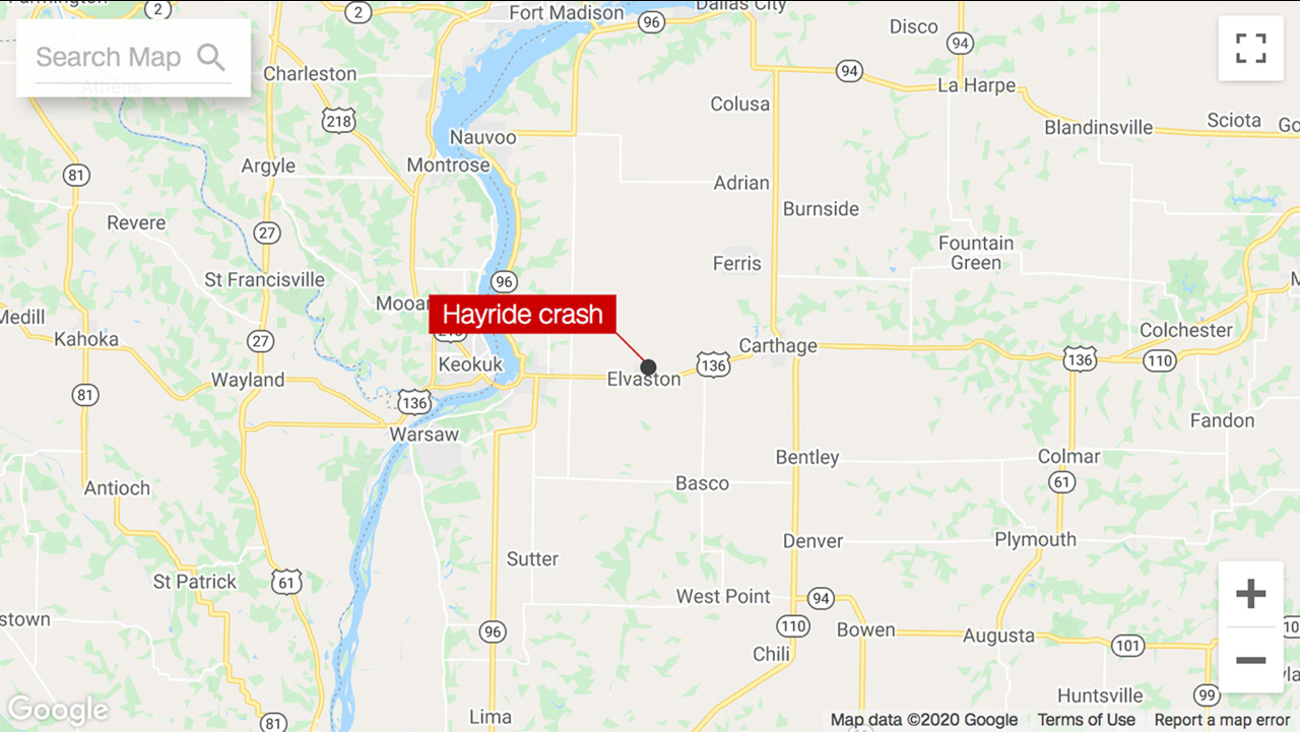 A hayride ended in tragedy after the driver lost control, killing one person and injuring others.

HANCOCK COUNTY, Ill. -- One person was killed and at least 17 others were injured after a hayride overturned on Saturday night in rural Hancock County, Illinois.

A 32-year-old woman was killed in the accident, the Illinois State Police said in a press release Sunday.

A green John Deere tractor was towing a trailer with more than 20 people in the back riding on square hay bales -- known as a hayride or hayrack ride -- when the vehicle "lost control and ran off the right side," according to police.

The 41-year-old driver of the tractor lost control on an incline, which caused the vehicle to fall into a wooden ravine, CNN affiliate WGEM reported.

The driver and multiple passengers were ejected when the tractor overturned.

The injured -- whose ages range between 1 to 43 years old -- were transported to a local area hospital, the press release said.

An Illinois State Police traffic reconstruction team investigated the crash and found that the tractor was undersized for the hayride, WGEM reported.

The driver, of Nauvoo, Illinois, was issued a citation for failure to reduce speed to avoid an accident, police said.