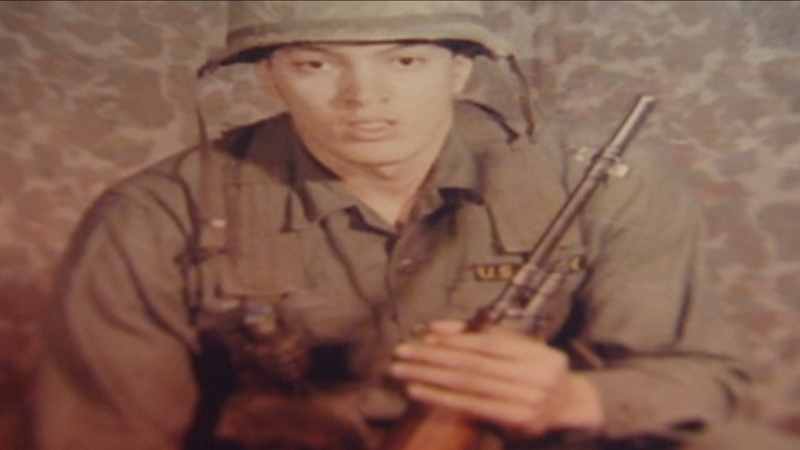 CHICAGO (WLS) -- You're 21 and in the National Guard. There's trouble outside the Conrad Hilton Hotel in downtown Chicago. You jump in your jeep with your Military Police unit. Your mission: nobody gets by you into the hotel.

"So I'm coming over this hill, and I'm looking at the crowd, and I'm looking back at how many men we're bringing, about 100, and I say to myself, 'We need a bigger Army,' " recalled Lucas Williamson, former national guardsman and ABC cameraman.

Fifty years ago Williamson was that 21-year-old guardsman. He remembers an enormous crowd of anti-war protestors outside the Hilton at 3 a.m.

"The crowd was right over here then. Oh man," he said. "All in here. People were lying down, standing up. "

"We were surrounded, but we were going to hold the Hilton, and that's what we did," he added.

Apart from his National Guard duty, Williamson, in 1968, was a cameraman for ABC. In the years that followed, he would travel the globe covering news, and the occasional protest, for the network and Channel 7, but on a night half a century ago he was in uniform with a different mission. The National Guard was concerned that the crowd that night might stampede, or that bricks might start flying.

"The crowd got a little close to us, within a few minutes, the order was given to fix bayonets and the sound of that steel going click all in unison kinda startled the crowd for a second and we were able to advance forward without incident," Williamson said.

For Williamson and other young guardsmen, there was a job to be done even though the people on the other side of the M1s were their contemporaries.

"There were a lot of folks my age there. If I wasn't with the National Guard, I might have been on the other side," he said.

Something to ponder perhaps. That tense night, at least, ended peacefully for the young guardsman.