2 knocked down, robbed by armed suspects in Bucktown 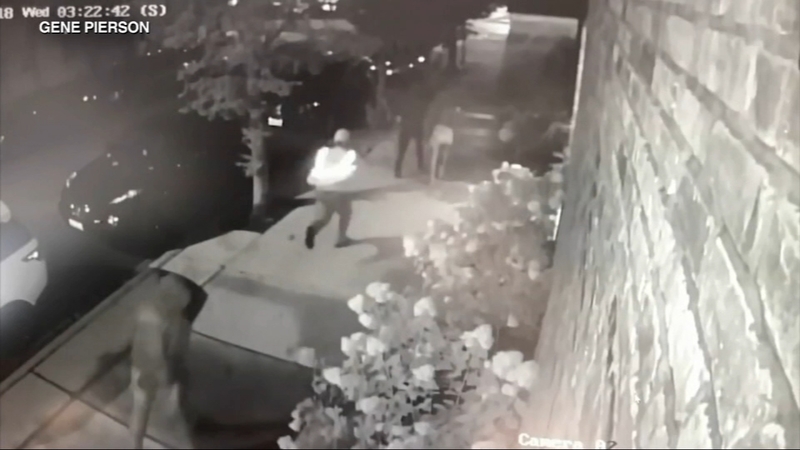 2 knocked down, robbed by armed suspects in Bucktown

CHICAGO (WLS) -- A man and woman were knocked down and robbed by two armed suspects Wednesday morning in the Bucktown neighborhood, Chicago police said.

A 25-year-old woman and 31-year-old man were walking hand-in-hand on the sidewalk in the 2000-block of West Charleston Street at about 3:15 a.m., police said.

Surveillance video from a camera in an alley off Charleston near Damen captured the sneak approach by the two robbers. One of the suspects was wearing a yellow Divvy vest.

The victims were knocked to the ground from behind by two men in their 20s and robbed at gunpoint, police said.

Police said the male victim was struck in the head with a pistol during the confrontation and transported to St. Mary's Hospital with minor injuries.

The suspects fled south on Damen Avenue on foot.

"Citizens need to ask 'Why? What's causing all this? Why do the criminals feel like they can get away with this?' It's almost like a kid who goes unpunished," said Gene Pierson, Bucktown Neighborhood Watch.

Pierson said the solution is not more police but tougher penalties for criminals.