Miguel Cisneros Chicago: 19-year-old had full-ride to Columbia prior to Lake Michigan drowning
WLS
By Jessica D'Onofrio and Karen Jordan 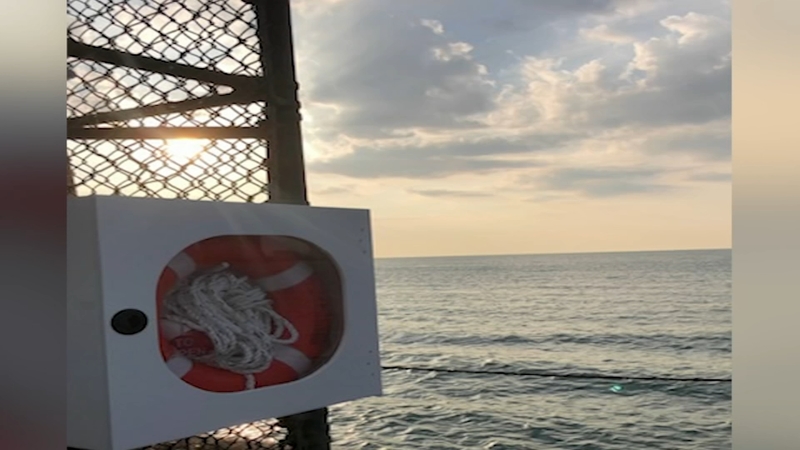 CHICAGO (WLS) -- Rogers Park residents placed a second life ring at the pier at Toby Prinz Beach after the Chicago Park District removed the first one they installed there, but it was also taken away.

They were both placed after 19-year-old Miguel Cisneros drowned there last week.


Cisneros' mother said her son's death could have been avoided if there were life rings at Chicago's lakefront piers.
"My son is not the first one to drown at the same location, and the drownings just keep going up and up every single summer," Maria Diaz said.

Diaz buried her son Monday. She said he was an excellent swimmer, but he drowned after jumping off the Rogers Park pier.

Residents who live near there were livid when they found out the first life ring installed was removed, and nothing replaced it, so they installed another Tuesday night.

Diaz is now making her son's drowning a catalyst for change along the lakefront.

"It's the third one here in the last few years," said Jim Ginderske, a Rogers Park resident.

After Cisneros drowned, he'd had enough. So Friday, Ginderske bought a life ring with $400 of his own money and put it on the pier himself. By Monday, it was gone. It took the Chicago Park District less than 48 hours to take it down.
"I really thought that, OK, you're going to take out the unsanctioned one, even though it's Coast Guard approved," Ginderske said. "They did not replace it, I understand. I don't understand not replacing it with something of their own. They left nothing."

On Wednesday morning, the second one was also removed.

"It's disgusting that this park district is taking them down," he said.


"I am going to push forward. We have a village. Miguel was loved, not just by me his mother, the whole community. We are going to move forward and get a law passed where the city needs to take action," she said.

The Park District said the first life ring was not authorized by the district. A spokesman is saying they are currently exploring "supplemental safety equipment for sanctioned swim locations."

"We can't just have a life ring, which would save lives, because the city is afraid of being sued. How unfortunate is that?" Rogers Park resident Skye Rust said.

Ginderske said he doesn't understand the reason they're taken down, and won't stop trying to provide a life-saving measure to other people who may need it.

"If they're not gonna do it, we will," he said. "As many times as the city will take down the life rings, the residents will put them back up."

Residents said the park district just put up new "Danger Zone - No Swimming" signs at the pier, but groups crusading for life rings in Chicago said people will swim regardless.