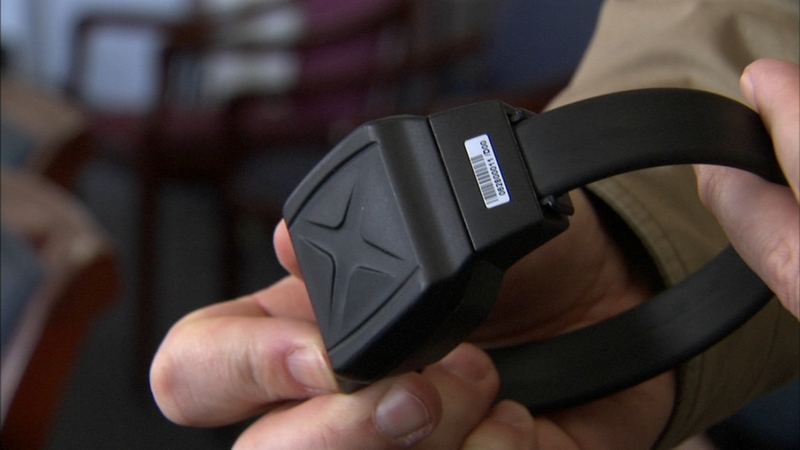 CHICAGO (WLS) -- The Cook County Sheriff's Office electronic monitoring program is massive. There are more accused criminals being monitored by electronic ankle bracelets in Cook County than in the entire Illinois Department of Corrections' program statewide. Currently more than 300 defendants are missing from Cook County's program, according to a spreadsheet obtained by the I-Team through a Freedom of Information request. Nearly 50 percent of those currently confined to ankle bracelets are charged with either gun violations or violent crimes.

Jovany Galicia is AWOL from electronic monitoring, according the the Cook County Sheriff's Office. Court documents show Galicia is a convicted felon with a long rap sheet who was awaiting trial on gun and assault charges. The 26-year-old is listed as an "armed habitual criminal" on county records.

"We prioritize those AWOL offenders as best we can with the resources we have. It's certainly a challenge and the challenge has gotten much greater since bond reform," said Cara Smith, chief policy officer for the Cook County Sheriff's Office.
In 2017, through an order by Cook County Chief Judge Tim Evans, judges were explicitly required to set affordable bond amounts for defendants who do not pose a danger to the public.

"It's a balancing act between public safety and the rights of the accused," said Pat Milhizer, director of communications for Chief Judge Evans.

"In recent years certain elected officials have been calling to get individuals who were locked up in Cook County Jail out of jail while they await trial. It's an admirable goal. But the devil is in the details. Who are you really letting out?" said former Cook County prosecutor Robert Milan.

Tristian Hamilton is a convicted felon with a criminal history that includes aggravated robbery and gun charges. He went electronic AWOL in December. In his most recent case, he is charged with threatening a public official: a Chicago police officer and his family. According to a department spokesperson, the officer was never notified that Hamilton ditched his ankle bracelet.

The I-Team repeatedly asked Cook County State's Attorney Kim Foxx to discuss the unintended consequences of a bond reform plan she helped create, but she denied our requests for an interview. However, her office said the State's Attorney's Office's Victim Witness Unit connects victims to VINELink, a third party victim notification network, that offers information about the custody status of the offender.

Smith said the AWOL issue is not just a sheriff's office problem.

"It should be one that the whole county stakeholders care about because it impacts public safety. It's a collateral response to reform," she said.

Milhizer said bond reform has been very successful in reducing the jail population, citing court records that say nearly nine out of 10 pretrial felony defendants are not re-arrested and do attend court appearances. Electronic monitoring accounts for 7 percent of overall cases in the last quarter, according to the chief judge's web page. Of those seven percent, Milhizer said 85 percent are doing what they are supposed to. He said it is time to have a discussion about the 15 percent who are missing from the program to figure out what can be done and if additional resources need to be considered.

Co-Executive Director of the Chicago Community Bond Fund Sharlyn Grace said she applauds some of the reform that has happened during the past year and a half, but has concerns about the electronic monitoring program that is supposed to track more than 2,000 people.

"We would advocated for a complete revamping. There's no research confirming that electronic monitoring is or isn't effective. What we do know is that it's a very serious restriction on liberty," Grace said.

Lavette Mayes was on electronic monitoring for five months for an aggravated battery charge and now works with the Community Bond Fund.

"It's just putting many little miniature jails in the community," she said.

Milan said he thinks all of the stakeholders should take a second look at the electronic monitoring program.

"Is it really working? Is it worth continuing? Are we really taking care of public safety?" he asked.