Oscars 2020: Meet some of the 'Best Original Song' nominees 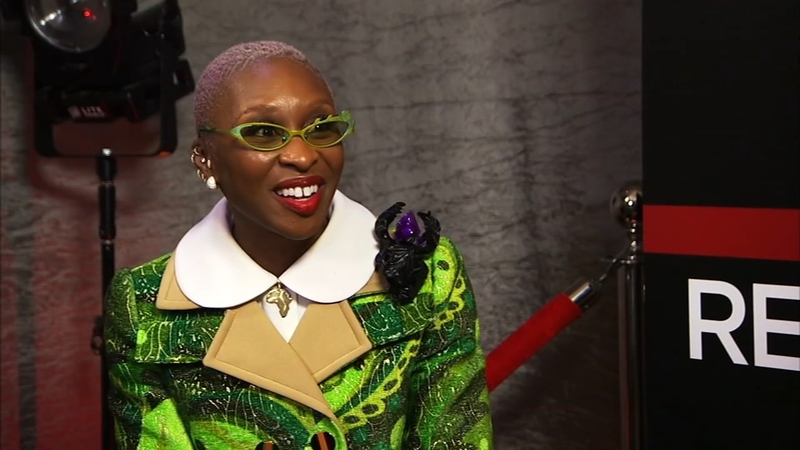 Oscars 2020: Meet some of the 'Best Song' nominees

CHICAGO (WLS) -- Elton John will be center stage at the Oscars Sunday night as he performs "I'm Gonna Love Me Again" from the movie "Rocketman," the story of his life.

It's Elton's fourth Oscar nomination for Best Song. ABC 7 Chicago's Janet Davies spoke to some of his competition in that category, all going for the gold for their movie music.

Cynthia Erivo is nominated for her acclaimed performance in "Harriet" and for the song "Stand Up," which she co-wrote and will sing at the Oscars.

Erivo already has an Emmy, a Grammy and a Tony, so if she wins, Cynthia becomes an EGOT.

"It's very crazy to think about that," she said.

Diane Warren is up for "I'm Standing with You" from "Breakthrough" performed by Chrissy Metz.

"The song is from a small movie released almost a year ago up against these giant Disney movies and my song resonated, it got through, it's like the little train that could," Warren said.

This is Warren's 11th nomination.

"You know what it makes me? The most nominated woman in Oscar history not to have won!" she said.

Though husband-and-wife duo Kristen Anderson-Lopez and Robert Lopez won an Oscar for their "Frozen" mega-hit "Let It Go," they say they aren't feeling any pressure this time around.

"We only write songs that we want to write, that we love to write, and it was a joy to discover through the characters what the story should be and where the songs should spring up naturally," nominee Robert Lopez said.