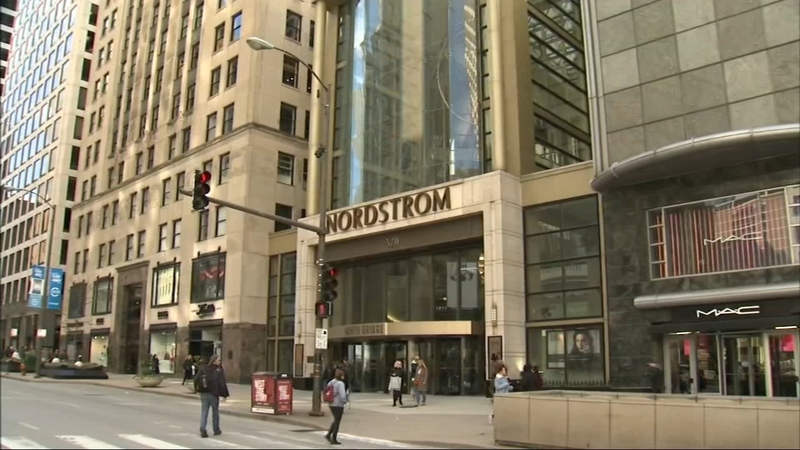 The first theft happened at Nordstrom. Two people were arrested and charged after allegedly running off with thousands of dollars' worth of merchandise, authorities said.

Just 30 minutes later, police said a group of seven ran out of Zara with stolen clothing and hopped into a SUV.

Shortly after officers spotted the vehicle unoccupied parked illegally at Michigan Avenue and Superior Street. A witness told police the group went inside Saks Fifth Avenue.
Officers arrested all seven people on the 7th floor of the store. Police said one of the men involved was wearing a bullet-proof vest.

"Currently out of the seven, five are being released without charging and two are still going to be charged accordingly," Chicago police Officer Jose Jara said.

Jara said these types of thefts have become a pattern.

"I have worked in this district for four years. It's been an ongoing issue with individuals coming into these high ends stores and taking items," Jara said.

Some thefts have turned violent in the past.

2nd Ward Alderman Brian Hopkins is calling on the Cook County State's Attorney's Office to step up prosecution of these crimes.
"The word is out on the street that you can do this now and there is minimal or no consequences, so we are seeing that happen right now because they are not afraid," he said.

Hopkins said everyone pays the price for retail theft.

"If we allow people to continue doing this, it's going to put retailers out of business," he said.

The Magnificent Mile Association monitors criminal activity on Michigan Avenue and provides alert to its members.

"We have great confidence in the Chicago police who every year continue to provide our area with great police service," Ashley Gordon, the director of marketing and strategic partnerships for the association, said in a statement.
Report a correction or typo
Related topics:
loopchicagotheftretailmagnificent milechicago police department
Copyright © 2021 WLS-TV. All Rights Reserved.
More Videos
From CNN Newsource affiliates
TOP STORIES