FDA says abortion pills can be sent by mail 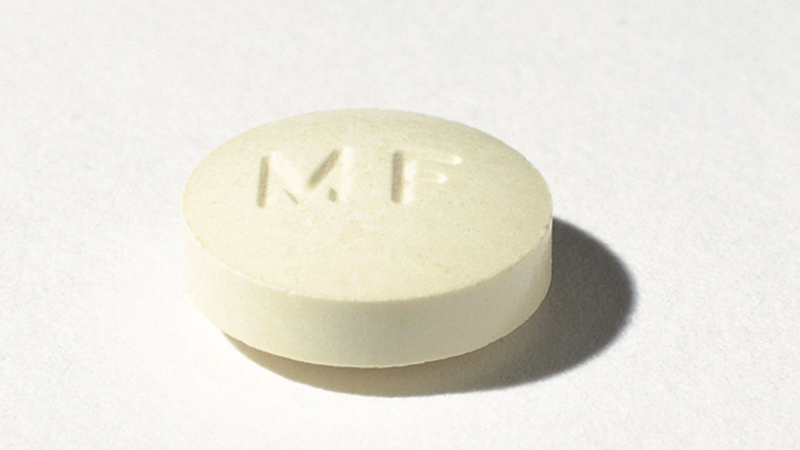 FDA says abortion pills can be sent by mail

The U.S. Food and Drug Administration announced Thursday that it is lifting a requirement that patients seeking medication abortion had to pick up the medication in-person, instead allowing pills to be sent by mail.

The move comes as the Supreme Court is poised to undo its abortion rights precedent.

Relaxing the federal restrictions on medication abortion is one thing that the Biden administration could do to mitigate the fallout from a Roe v. Wade reversal, but red states are already on the march to counteract what the federal government has opted to do.

Medication abortion, in which a pregnancy is ended in a two-pill process, has become a prevalent approach to terminating a pregnancy. Both sides of the issue see it as the next frontier in the fight over abortion access, as they wait to see how the Supreme Court decides a Mississippi case where the justices are reexamining the precedent laid out by 1973's Roe v. Wade decision.

The Supreme Court is leaving in place for now Texas' ban on most abortions.

"This question about abortion inducing-drugs is really kind of the next phase of the fight over abortion," said John Seago, the legislative director of Texas Right to Life.

"This year -- it was absolutely a prelude," said Elizabeth Nash, a senior state issues manager at The Guttmacher Institute, which favors abortion rights. "In the past couple years, before 2021, we barely saw anything moving on medication abortion," but by her count, bills to restrict access to the method have been introduced in 16 states this year.

Battle lines are drawn around medication abortion
The FDA first approved the drug mifepristone -- when coupled with the drug misoprostol -- for abortion use in 2000. The introduction of medication did not immediately revolutionize access to abortion the way some reproductive rights advocates had hoped. But use of the method has steadily grown and it now makes up more than half of the abortions that occur before nine weeks into pregnancy, according to the Kaiser Family Foundation.

Over time, the federal government has tweaked some of the federal rules around medication abortion use, but abortion rights proponents contend that the FDA was not keeping pace with what they say evolving science was showing about the safety of the method.

The coronavirus outbreak and how the pandemic expanded the use of telehealth only exacerbated those concerns among abortion rights advocates, who obtained a court order last year requiring the FDA to temporarily lift restrictions that prohibited abortion seekers from obtaining the pills by mail. In April, the Biden administration voluntarily lifted the prohibition for the duration of the pandemic, while indicating in a separate case that it was conducting a full review of the regulations.

"Covid just gave us this kind of natural experiment to demonstrate that no, in fact, there is no medically justifiable reason to require patients to come into a clinic and pick up a pill that they are going to turn around and take at home," said Kristen Moore, the director of the Expanding Medication Abortion Access Project.

Major medical groups like the American College of Obstetricians and Gynecologists have backed the safety of medication abortion, and ACOG is among the organizations in favor of relaxing the regulations.

While the FDA is permanently ending the in-person pick-up requirement for the pills, it is retaining other regulations that reproductive rights advocates had argued should be lifted.

The FDA is keeping a requirement that abortion patients sign an additional form for a medication abortion. It is also continuing to require that clinicians pre-register with a manufacturer of the drug before they can prescribe it.

Newsom says gun violence isn't just on the rise in California, but across the United States. But gun owners say they will fight Newsom's proposal to the end.

Kaye, of the ACLU, said in her statement Thursday that the FDA's decision was "critical progress" but "far from complete."

Among abortion foes, momentum toward enshrining medication abortion restrictions at the state level had already been growing, according to Sue Swayze Liebel, state policy director for the anti-abortion group Susan B. Anthony List. The April move by the Biden administration "really led people to pay attention," she said.

"This has kind of snuck up on the state legislators," Liebel said. "They're wise to update their laws anyway to include this new frontier -- let's say -- this pharmaceutical approach, as opposed to the surgical approach, which is what most state laws are based on."

A focus while waiting for action in a blockbuster Supreme Court case
The Supreme Court's recent signals on abortion rights have only intensified the focus on medication abortion. The court in early December heard a challenge to Mississippi's 15-week abortion ban, where a majority of the justices suggested they were willing to rethink -- and perhaps fully reverse -- the court precedent under Roe that guarantees a right to abortion nationwide.

The Supreme Court also left a Texas law in place last week that bans abortion at around six weeks into pregnancy.

Already, the hurdles one faces to an abortion depend on where one lives, and a loosening of the FDA's regulations will be most impactful in the blue states that aren't seeking to crack down on medication abortion.

Nineteen states already have prohibitions that effectively ban the use of telemedicine for medication abortion, undermining whatever the FDA stands to do.

Still, relaxing the federal regulations could have some effect in maintaining access in the face of a Supreme Court ruling that guts abortion rights. If conservative-led states are allowed to fully prohibit abortion, it is likely that abortion seekers -- particularly in the South and Midwest -- will have to drive hundreds of miles to reach their nearest clinics. That in turn is predicted to create a surge of out-of-state patients in parts of the country that remain friendly toward abortion rights, extending wait times to obtain the surgical procedure by several days or even weeks.

Making medication abortion more accessible creates more "flexibilities" for those seeking abortion in states that maintain access to the procedure, Moore said. "So the people who really need to see somebody who can do a procedure can do that."

Illustrative is the fallout from Texas' six-week ban. Waits for abortion appointments in neighboring states stretch as long as six weeks, due to the flood of Texas patients, as Kaye, the ACLU attorney, pointed out in an interview with CNN earlier this week.

"Eliminating restrictions would increase the number of medication abortion providers and the options for care in states like New Mexico and Colorado, which could enable patients from those states, as well as from neighboring states, to get care earlier in pregnancy," she said.