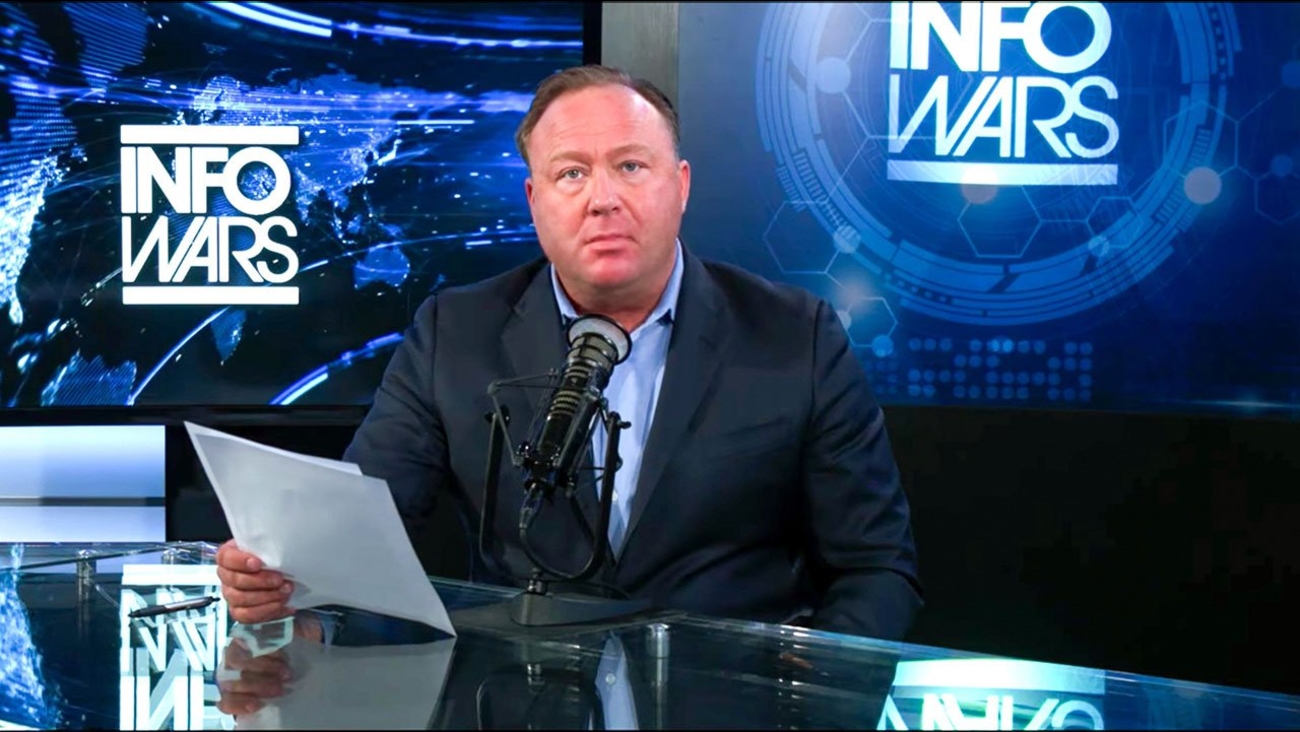 Twitter banned far-right conspiracy theorist Alex Jones and his website InfoWars from its platform Thursday afternoon, a month after several of its Silicon Valley counterparts did so.

Jones was suspended from Twitter for one week last month after he posted a video in which he said, "Now is time to act on the enemy before they do a false flag." But Twitter did not ban him from its platform then, even after YouTube, Apple and Facebook each kicked him off.

The company made its decision a day after Jones accosted a CNN reporter, Oliver Darcy, on Capitol Hill, and livestreamed the encounter through Periscope, which Twitter owns.

Jones and InfoWars are notorious for spreading conspiracy theories and other demonstrably false information, including the idea that the Sandy Hook massacre was a hoax, and that the victims of it were child actors. Some of the parents of the victims have sued Jones for mental and emotional distress.

Before accosting Darcy, Jones confronted Senator Marco Rubio in a hallway outside the room where Dorsey and Sandberg were appearing for a Senate Intelligence Committee hearing.

Later, he found Darcy outside a room where Dorsey was to appear before the House Energy and Commerce Committee.

Darcy's reporting had previously raised questions about tech companies' rules and statements about their battles against misinformation, and whether those were consistent with their allowing Jones and InfoWars to use their platforms. For example, after Dorsey himself tweeted that Twitter was not banning Jones like its counterparts had because "he hasn't violated our rules," an investigation by Darcy led to Twitter admitting that in fact at least seven tweets had broken its rules.

Jones shouted at Darcy for more than ten minutes, accusing him of being in favor of censorship and insulting his appearance, comparing him to "a rat" and told Darcy he was "evil-looking." Jones was live on Twitter's Periscope service the whole time.