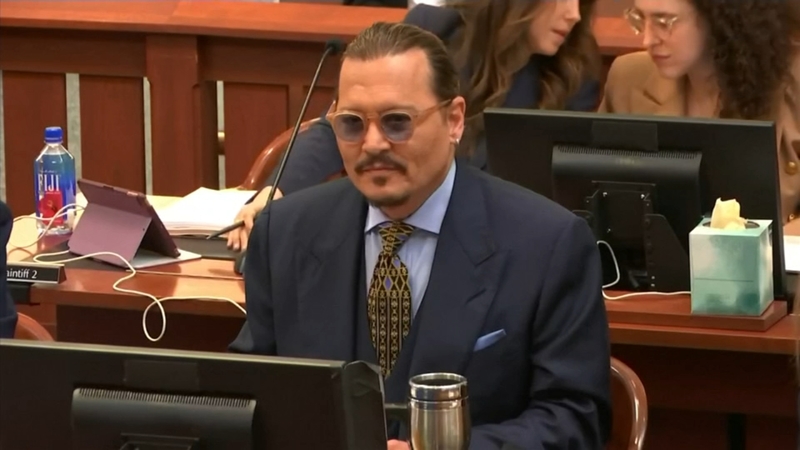 FALLS CHURCH, Va. -- Kate Moss, who dated Johnny Depp in the 1990s, is expected to be called to testify as a rebuttal witness by his legal team in the ongoing trial between Depp and his ex-wife Amber Heard, a source close to Depp tells CNN.

A source close to Depp confirmed that Moss and Depp remain close to this day.

Depp has sued Heard for $50 million alleging that a 2018 op-ed she wrote in the Washington Post defamed him, alleging the piece -- which did not mention him by name -- falsely painted him as an abuser.

Heard has countersued Depp for $100 million, saying statements his attorney made calling her abuse claims a "hoax" were defamatory.

Heard has testified on stand that she immediately thought about rumors related to Moss at the time Heard and her sister were in an alleged altercation with Depp.

"He swung at Whitney, and I'd heard a rumor, a vague rumor, about that," Heard testified on May 17.

In a 1998 Rolling Stone article, Depp is quoted as saying that, in conversations with author Hunter S. Thompson, "I was with Kate, and I think he went straight for the romance jugular, s*** like whether I beat her enough. I probably told him, 'Yeah, she gets a severe beating.'"

Depp's team had no comment on the 1998 Rolling Stone quote.

The court heard testimony from an orthopedic surgeon who specializes in hand surgery Monday.

The surgeon testified injuries Depp suffered to his hand may not be consistent to Depp's earlier testimony.

Depp said Heard threw a vodka bottle that hit his hand, which was resting on a bar.

The doctor conceded that he never personally examined Depp and has no personal knowledge of how Depp suffered the injury.