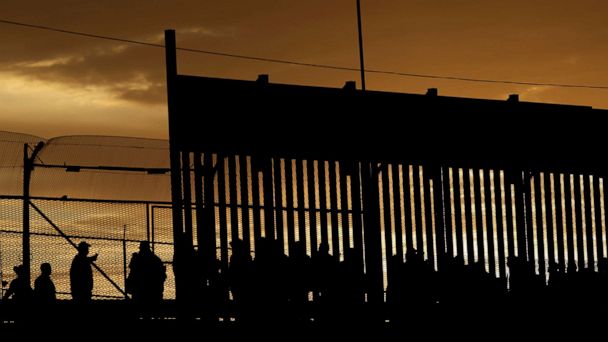 The Trump administration's policy to prohibit migrants from seeking asylum unless they come into the United States through a designated port of entry was rejected by a federal judge on Friday, the latest loss the White House has faced in the courts.

The administration was trying to stop those crossing the southern border illegally -- outside a designated port of entry -- from applying for asylum.

But U.S. District Judge Randolph Moss in Washington, D.C., ruled that the policy was unlawful and "in excess of statutory ... authority."

The judge said that while Congress grants the U.S. Department of Homeland Security secretary the authority to create additional restrictions on asylum policy, those limitations still must fit within the confines of the law as established by Congress.

According to the ruling, the law states that "'[a]ny alien who is physically present in the United States' may do so, regardless of 'whether or not' the alien arrived 'at a designated port of arrival.'"

"As a result, if any incongruity exists between the terms of the statute and a regulation, the statutory text prevails-not vice versa," the ruling said.

Claudia Cubas, the litigation director at Capital Area Immigrants' Rights Coalition, called the ruling "an important step in pushing back against the Trump Administration's systemic efforts to bar asylum from those who need it the most."

"Asking for asylum is not against the law irrespective of how you cross our borders. We are grateful that with this strong decision, the court maintained the integrity of our asylum laws," Cubas said in a statement.

The court ruling comes amid a broader battle the Trump administration is facing over its hardline immigration policies. The administration has also faced significant pushback over its practices and alleged treatment of migrants at the border.

Trump has launched multiple efforts to limit asylum, including a new controversial rule that was announced and immediately challenged just last month.

That rule aimed to further limit who could apply for asylum at the U.S.-Mexico border by attempting to force migrants to apply for asylum in a third country if they were passing through before applying upon arrival in the United States.

If a migrant failed to do this, per the rule, their asylum claim would be denied and they would be immediately deported.