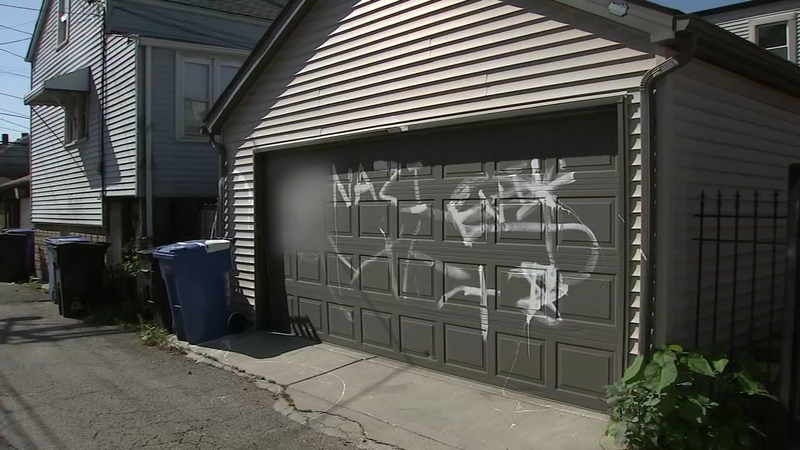 CHICAGO (WLS) -- A family on Chicago's Northwest Side woke up Tuesday morning to hateful vandalism spray-painted on their garage.

On Monday night, someone scrawled a swastika, the word "Nazi," and other symbols in white paint all over the family's garage.

Eileen Maltese lives on the first floor of the Kilbourn Park two-flat, and her daughter and her family live on the second floor.

"I think it someone who is absolutely stupid and thinks it's cool to be doing something wrong. Karma will get him," Maltese said.

While they are of Jewish decent, Maltese said her family are not practicing Jews.

"That shouldn't have anything to do with it," Maltese said. "How would they even know unless they spent time looking at our mail or something?"

The incident happened on the eve of Yom Kippur, the holiest day on the Jewish calendar.

Maltese said she does not believe the holiday had anything to do with the timing of the graffiti.

According to the Anti-Defamation League, anti-Semitic incidents go up around the Jewish holidays. The ADL said in the last three years the rate of incidents have gone up 48 percent nationwide and 110 percent in the Midwest.

"Hate incidents such as this not only are an attack on the individual, but they are often intended to spread fear throughout the targeted community," said ADL Regional Director David Goldenberger.

The ADL said getting to know your neighbors and education in schools are the best ways to prevent hate crimes.