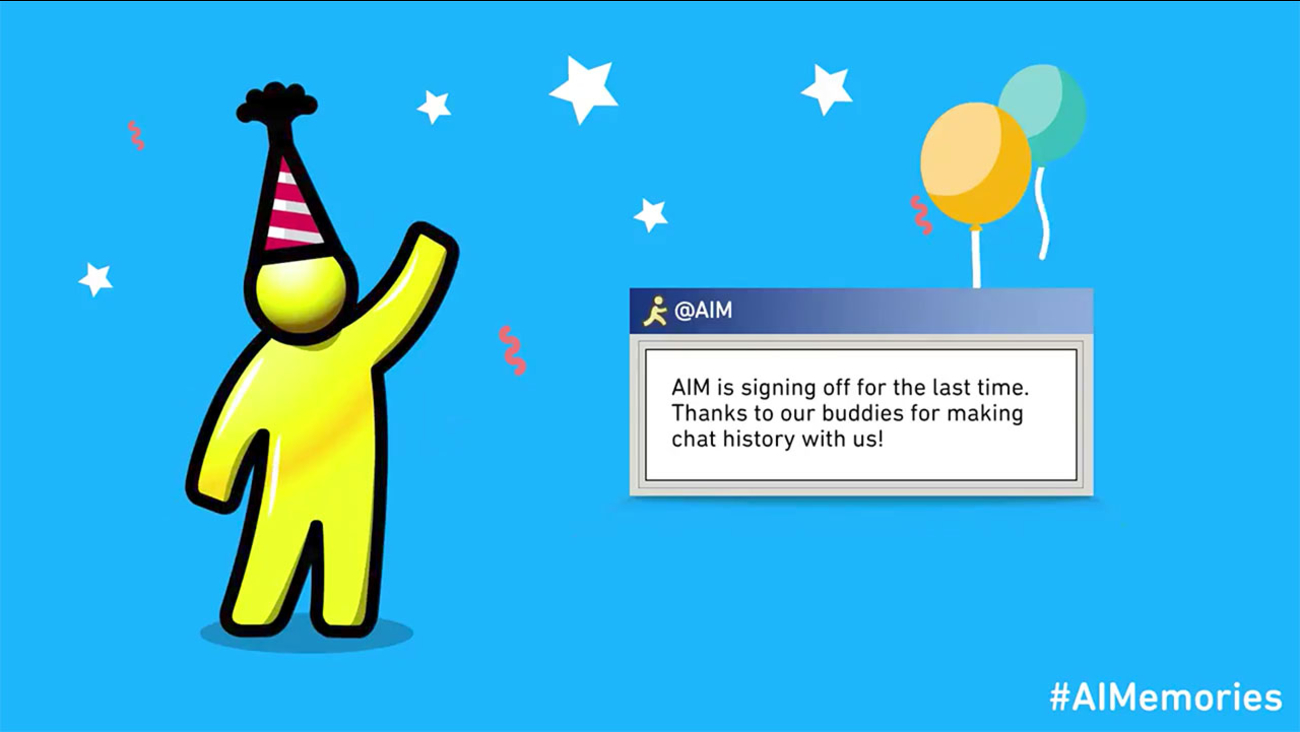 America Online Instant Messenger, affectionately known as AIM, came to an end after 20 years on December 15.

All good things come to an end. On Dec 15, we'll bid farewell to AIM. Thank you to all our users! #AIMemories https://t.co/b6cjR2tSuU pic.twitter.com/V09Fl7EPMx

Michael Albers, VP of Communications Product at Oath, said in an announcement, "AIM tapped into new digital technologies and ignited a cultural shift, but the way in which we communicate with each other has profoundly changed."

The messaging program became wildly popular in the late 1990s and early 2000s as more households began owning computers and the internet grew.