Man tries to help woman who then steals his cellphone 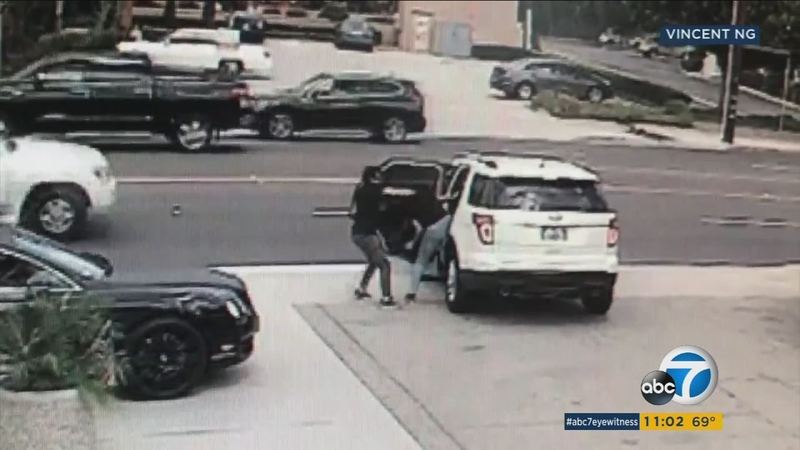 ARCADIA, Calif. -- A man who tried to help a woman he thought had an emergency ended up bloodied after she fled into a car with his cellphone in Arcadia.

In surveillance video, a woman asked Vincent Ng if she can borrow his cellphone to make an emergency call. He handed it to her and she took off. He quickly followed her, grabbing her hair and trying to get his phone back as the vehicle moves.

The getaway driver kept driving and Ng fell out while it was going about 25 mph.

"I injured my hand, my arms, my legs," he said. "I'm really fortunate not to have been run over or killed during the situation."

Ng spoke with Eyewitness News on Skype. He said the robbery seemed pre-planned.

"The entire situation was very thought-out," he said.

In footage, the car stopped right by the exit of a 76 gas station. After the girl got out, another girl in the car was seen slightly opening the car door for an easier getaway.

"She honestly looked like she needed help, so I handed her my phone," he said.

Ng said he is sharing the video to help catch the thieves and other people who may be victims.