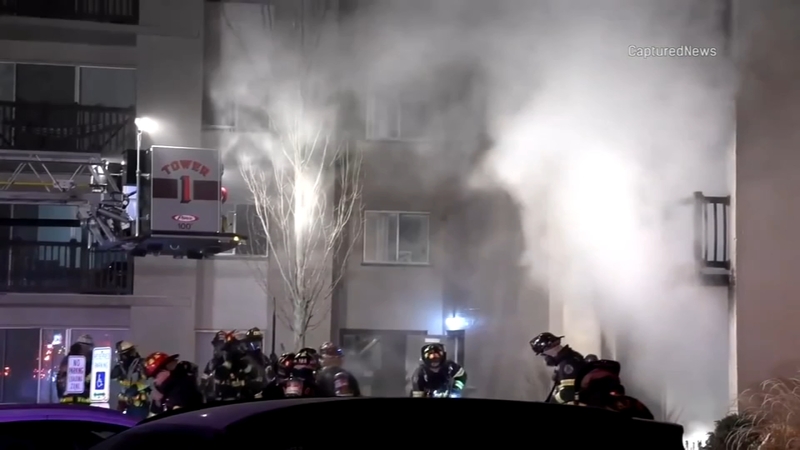 SEE ALSO | Deadly Philadelphia fire may have been started by child playing with lighter, warrant says

The 80-year-old man lived inside the first-floor apartment unit where the fire is believed to have originated, the Arlington Heights Police Department said. He was taken into custody after making statements about the fire to police.

No one was killed or injured in the fire, but about one-third of the building was left uninhabitable, police said.

Arlington Heights fire and police departments responded the fire at the Stonebridge Luxury Apartments at 400 West Rand Road at about 12:22 a.m. Friday morning. While first responders were unable to make entry into the specific unit where the fire was centered due to heavy smoke and flames, they conducted an expedited evacuation of the remainder of the building, including each of the other 95 individual apartments.

Most residents were allowed to return to their homes, but about 30 families were displaced. The Red Cross has provided support services for those who were displaced.

One neighbor then noticed a distraught man screaming out to rescue crews before seeing him get in a vehicle, trying to speed away.

"Very upset. He was crying. He kept on saying, 'Did they find her?'" he said.

"He almost hit a police officer, and then he just took off!" the neighbor said.

Police said the investigation is ongoing as neighbors were left concerned.

"We don't have everything in the world, right?" neighbor Matthew Chaffin said. "And so, what we do have, it's important to keep and when it all goes up in flames, it's hard to think how you replace that."