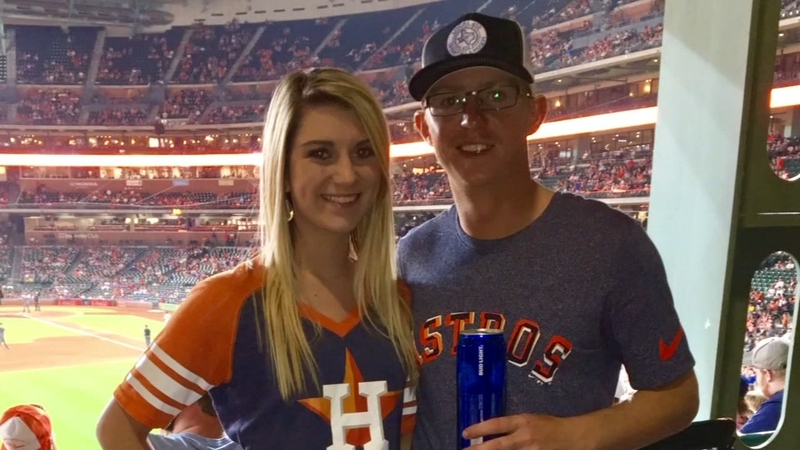 Whitworth tragically died Saturday night in a single vehicle crash in Dayton as he was driving home after watching the Astros win the ALCS. He lost control of his car and crashed into a tree, his family said.

"He was probably one of their biggest fans," said Roberts.

Whitworth bought tickets within minutes of finding out the Astros were World Series bound.

"Son of a gun bought one ticket 'cause that's what he does, he could only afford one," said his brother, Matthew Whitworth laughing.

His last text message to his mom read, "I just spent $800 on a World Series ticket hell yeah."

"That was probably about two and a half hours before he had his accident," said his mother, Cathy Hughes.

Whitworth's heartbroken aunt, Kathy Smith, went on social media to post about her nephew's passing. She mentioned the World Series Game 2 ticket he bought and asked people to make signs saying, "Luke you are here with us in spirit #takeitbackforluke." The post is now going viral.

Roberts decided the single ticket should go to Matthew. He already made a t-shirt and sign in memory of his little brother.

"It just says 'Number one fan' and it's got a picture of him doing his favorite smile, which (his wife) hated so much," he said laughing.

In between the laughter, there are tears as they remember their loved one who was supposed to be in Section 156 Row 21 Seat 17 on Wednesday.

"I just want to have another beer with him," said Matthew. "It was good growing up with him."