Dramatic police bodycam video captures the takedown of a man behind the wheel
ABCNews
By Matt Gutman, GMA 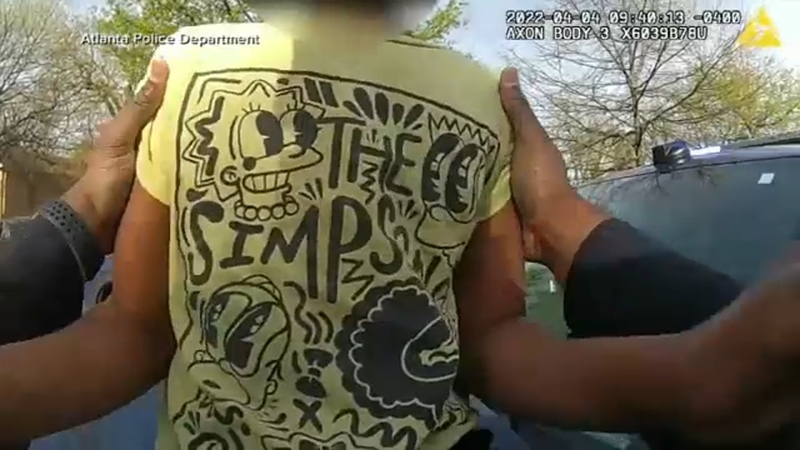 ATLANTA -- Dramatic police bodycam video captures the takedown of a man accused of carjacking a vehicle with a 9-year-old boy still inside in Atlanta.

The boy's mother had pulled into a parking lot but left her son inside with the keys and the car running.

A man then jumped in and drove off with the boy still inside.

The quick-thinking mother was able to use "Find My iPhone" to track her son's phone and share real-time data with officers, leading them to the carjacker.

An officer then located the boy - who had escaped out the back window.

The boy was taken to the hospital as a precaution

Other police in the area joined in on the chase after finally getting eyes on the car and were able to use a pit maneuver to stop the car, spinning it off the road.

Officers took the driver into custody as the boy escaped out the back window.

An officer scooped the boy up in his arms and gently reassured him he was now safe.

"We've seen carjackings with children in the back, whether the carjacker knew the child was in there or not. We've seen a spike in these types of cases. In fact, last year, we had 34 AMBER alerts that were issued on carjackings, where a child was involved," said Callahan Walsh, a child advocate with the National Center for Missing and Exploited Children

Technology, like the "Find My Phone" app, can help and is one of many ways to track a missing child. The app works by using GPS to show the real-time location of the tracked device on a map.

Experts said even an old phone can help a child in an emergency.