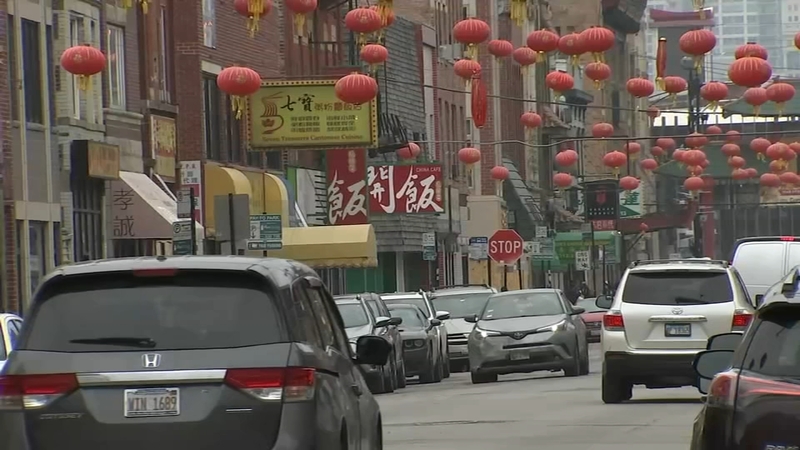 "No one should feel unsafe in their own city," Chicago police spokesman Tom Ahern said. "As we stand alongside Chicago's Asian American and Pacific Islander (AAPI) community, we are monitoring the events in the Atlanta area and are taking the appropriate precautions to keep our residents safe," Ahern said.

Fears of hate crimes against the Asian American community were raised Wednesday after a white gunman allegedly killed eight people, most of them of Asian descent, at three Atlanta-area massage parlors.

"Our district commanders are working with local community leaders, advocates and business owners throughout Chicago's AAPI community to reinforce our commitment to protecting the lives, rights, and property of all people in Chicago. This will include an increase in presence and patrols throughout Chicago neighborhoods with significant AAPI populations," Ahern said.

Eight people were killed in the Atlanta area by a 21-year-old man on a specific and targeted killing spree, police said. Six of the victims were Asian women.

Police said the suspect blamed his killing spree on a sex addiction, and said he was trying to eradicate temptation from spas he'd visited.

"I think the fact that this suspect, who obviously is entitled to a presumption of innocence, went into business venues that were staffed by primarily Asian individuals and shot them says to me, this wasn't an accident. And given the width of three different locations that he targeted Asian women in each of those locations," Mayor Lori Lightfoot said.

The string of murders targeting Asian women in Atlanta, and near daily crimes against Asian Americans across the country, is sending tremors of fear through the community here in Chicago's Chinatown neighborhood.
Chinatown business owners and customers are alert and uneasy.

"I want my parents to be extra careful and cautious," Viviane Tran said. "Anything could happen - from robberies to their nail salon being bashed in, cars being written on, vandalized."

Asian Americans believe they're being targeted because of racist tropes blaming them for the coronavirus pandemic.

"There's a history in our nation of scapegoating immigrants and Asian Americans, and we just have to find a way to break that cycle," said Andy Kang, executive director of Asian Americans Advancing Justice Chicago.