The fire apparently started at one apartment building and spread to two others beside it, officials said
WLS
By Stephanie Wade 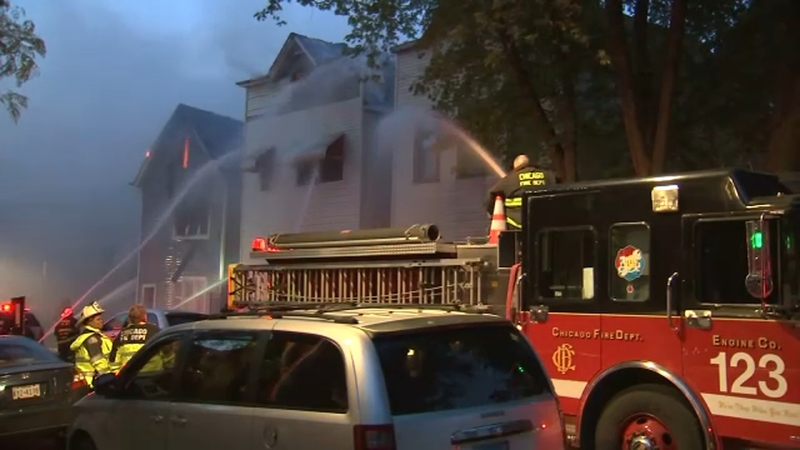 CHICAGO (WLS) -- Two firefighters were hurt while battling a house fire on the South Side Sunday night.

Firefighters have been battling the blaze for roughly two hours, and at this point, they said the main fire is out.

However, they are chasing hotspots at the moment and trying to salvage what they can.

Crews were racing to extinguish the massive fire that started in one apartment building and spread to two others beside it in the 4500-block of South Justine Street in the Back of the Yards neighborhood.

A woman said she lives in the apartment building that caught fire with her two young children. Thankfully though, none of them were home at the time of the fire, so they were not injured.

Her family, who also lives on the block, saw the flames and called her immediately.

She said they've lost everything.

Officials said two firefighters were taken to Stroger hospital with minor injuries while battling the blaze but are said to be in good condition.

2-11 update 2 FF's transported both to Stroger with minor injuries, both Green and in good condition.