CHICAGO (WLS) -- In what was believed to be the first major league game played without fans in attendance, Chris Davis hit a three-run homer in a six-run first inning Wednesday and the Baltimore Orioles beat the Chicago White Sox 8-2. 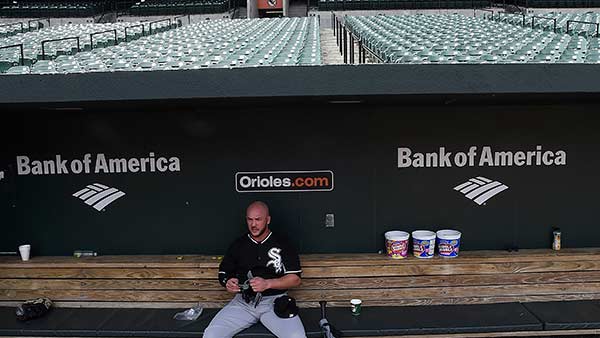 The gates at Camden Yards were locked because of concern for fan safety following recent rioting in Baltimore after a 25-year-old black man died in police custody.

The unusual decision to play the game was made because it was the best time to fill out the schedule for both teams.

Both teams lined up for the national anthem, music was piped in between innings and the seventh inning streak was noted with the traditional John Denver song.

And the Orioles and White Sox played their game - albeit five hours earlier and in an eerily quiet ballpark.

In a crisp 2 hours, 3 minutes, Baltimore won its third straight since snapping a five-game losing streak.