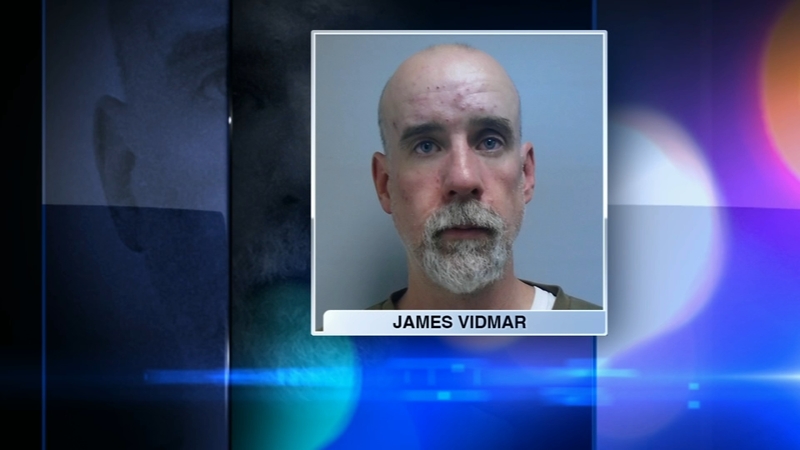 BEECHER, Ill. (WLS) -- A Beecher band teacher was placed on unpaid suspension after hidden cameras were found at the high school.

James Vidmar was initially placed on administrative leave on Nov. 15 after the unauthorized cameras were found in "small rooms and offices around the perimeter of the High School music room," according to a statement by the Beecher Community Unit School District 200U.

Cameras were not found at the junior high, the district said.

As part of the leave, Vidmar was prohibited to return to District 200U property, but did return and was charged with trespassing.

The school board voted Monday to suspend Vidmar.

Police in south suburban Beecher are currently investigating the cameras and did not disclose further details Tuesday night. Police were notified by school staff after the cameras were discovered, said Chief Gregory Smith.

"No school personnel has direct knowledge of what is specifically on these cameras, as it is an on-going police matter. If and when we learn the contents of any recordings, all affected persons will be notified," the school district statement said.
Report a correction or typo
Related topics:
beecherhigh schoolteacher arrestedhidden camerateachertrespassing
Copyright © 2022 WLS-TV. All Rights Reserved.
TOP STORIES
American Airlines flight turned around over maskless passenger
Meat Loaf, 'Bat Out of Hell' rock superstar, dies at 74
Pedestrian killed in Edison Park hit-and-run: police
IL locations of the Center for COVID Control to remain closed
Rittenhouse asks for gun seized during arrest to be returned
Man shot by U of C police officer called 911, said he was armed: court
Illinois reports 23,246 new COVID cases, 198 deaths
Show More
Reporter hit by car on live television, but continued reporting
How Chicago police use ShotSpotter technology to help fight crime
Chicago Weather: Sunny, cold Friday
McConnell: Black people vote at similar rates to 'Americans'
Cook Co. judge's 'sexist' comments caught on livestream
More TOP STORIES News