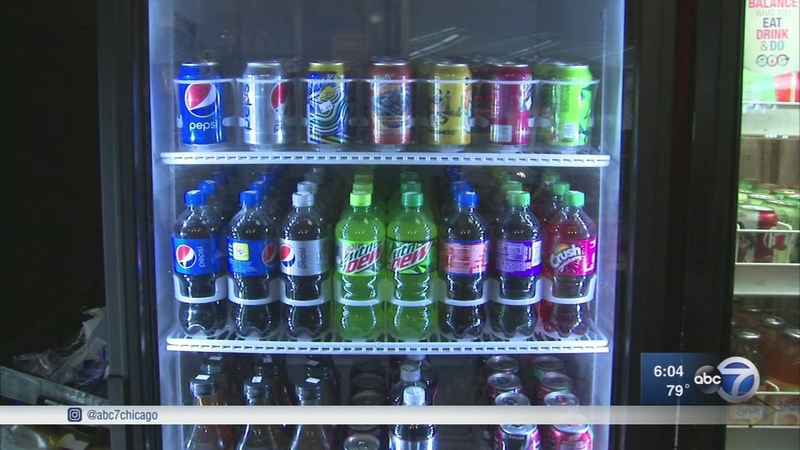 CHICAGO (WLS) -- A judge has dismissed a lawsuit challenging a penny-per-ounce tax on sweetened beverages sold in the Chicago area and dissolved a temporary restraining order that had stopped it from being implemented.

The Cook County tax will go into effect on Wednesday, August 2.

The Illinois Retail Merchants Association, which has been fighting the tax, said they are exploring all legal options and could make a decision very soon on filing an appeal.

For small retailers who rely on the sale of these beverages for a lot of income, the tax is causing major worry.

"This is a big hassle, and I just talked with my friends and everybody is worried, it's not just me, small stores like here in downtown Chicago, everybody's worried," said store owner Jay Patel.

The tax was originally to take effect July 1, but the Illinois Retail Merchants Association sued, arguing the tax is unconstitutional and too vague. Cook County Circuit Judge Daniel Kubasiak ruled in favor of a county request to dismiss the lawsuit.

Cook County Board President Preckwinkle applauded the decision Friday, but said that because of the legal delays the county has lost an estimated $17 million in revenue. She said she is still looking at budget cutting measures.
Preckwinkle said the county needs the money from the beverage tax to balance the budget. Without it, they have had to cut 1,100 county jobs.

Cook County projected collecting about $67.5 million in revenue from the tax this year and more than $200 million for fiscal year 2018.

"We believe that the measure that we instituted was constitutional; it's been found constitutional elsewhere in the country, we just believe we're in for a long legal battle," Preckwinkle said

After court Friday the Illinois Retail Merchants Association said it was disappointed with the ruling and hoped to make a decision soon about how they might proceed with an appeal, if they do. They said they are worried for their members and for consumers.

"Consumers in this county should be very concerned... about how much higher their grocery bill is going to be," said Tanya Triche-Dawood, an attorney for the Illinois Retail Merchants Association. "And the county should be concerned about the number of people who will leave the county in order to find lower prices elsewhere."
"Today is a bad day for the taxpayers of Cook County, it is a victory of course for President Preckwinkle who in a real sense, I think, bullied the judge into this decision," said Cook County Commissioner Richard Boykin.

The tax applies to a variety of sugary and artificially sweetened drinks.