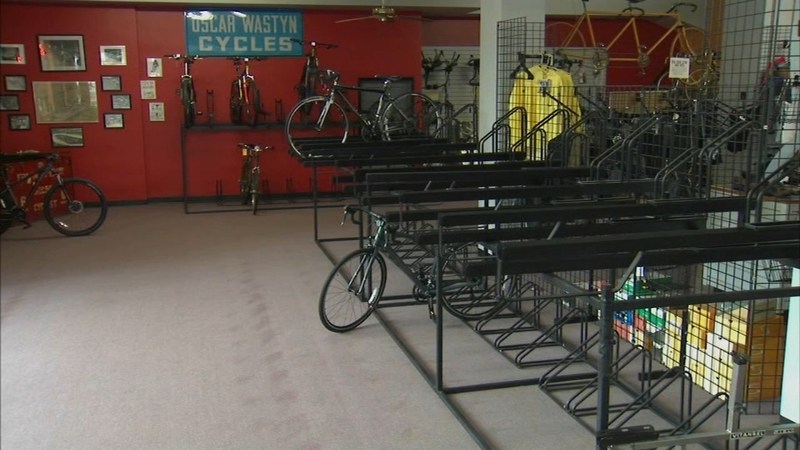 CHICAGO (WLS) -- With the Lakefront Trail now open and the weather heating up, people want to go out and ride bicycles.

But many of them are finding out the COVID-19 pandemic has caused a bike shortage and ABC7 has heard from several people who have been on the hunt for weeks.

Chris Chambers wanted to get his daughter a bike for her birthday. He said he checked everywhere and all of the bikes were sold out even on Amazon.

He was upset because he didn't want to let his girl down.

"I had no idea that there was that much of a bike shortage but now that I've taken a look, it's quite incredible," Chambers said. "I was joking with a friend saying it's sort of like the toilet paper of transportation it's none of it during this crisis."

At Stemples Cycle Center in Elmhurst, the owner Michael Hudoc said most bikes are made in Asia and with manufacturing down, he said it's the worst bike shortage he has ever seen.

"It is very, very stressful, especially looking at children," Hudoc said. "They want to buy bikes to ride bikes. I'm at the point now where I can't even fix bicycles because I can't get parts and looking into their sad eyes it's just devastating."

Meanwhile at Oscar Wastyn Cycles in Logan Square, the owner said he normally has 125 bicycles on the floor and is now down to four.

"People are saying, well, it might be like the bike boom of the 70s but in the 70s, we had inventory, we had stock," Oscar Wastyn said. "This is a worldwide thing.

Fortunately, Chambers was able to buy one of the few bikes left at Oscars for his daughter Brooke's birthday, so that makes for a happy girl and relieved dad.

Bike shop owners are asking people to be patient as they wait for manufacturing to pick up, though that could take months.