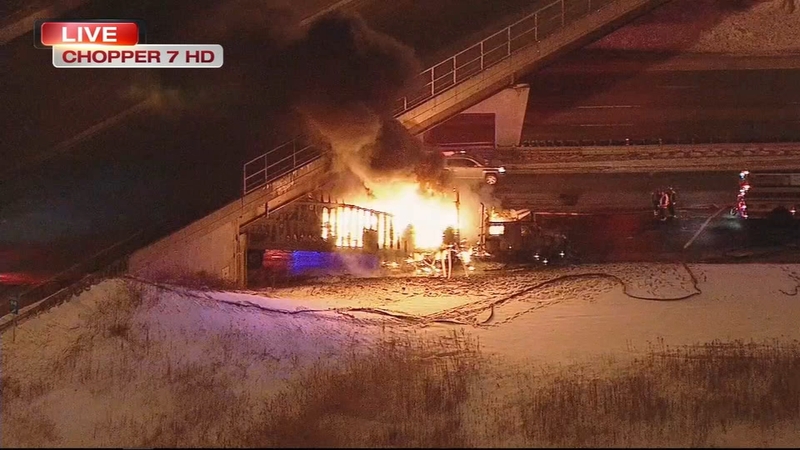 The Chicago Fire Department tweeted about the blaze just after 5:40 a.m., saying a truck had caught fire under the 130th Street bridge.

The vehicle was full of tires, according to Chicago fire officials. Traffic was down to one lane in the area, and was blocked on the bridge in both directions, as flames rose up to it.

All inbound ramps were also closed at 130th, Chicago fire officials said. Traffic appeared to be backed up for miles.

It was not immediately clear how the fire began or if there were any injuries related to it. Additional water trucks were brought in to help extinguish it.