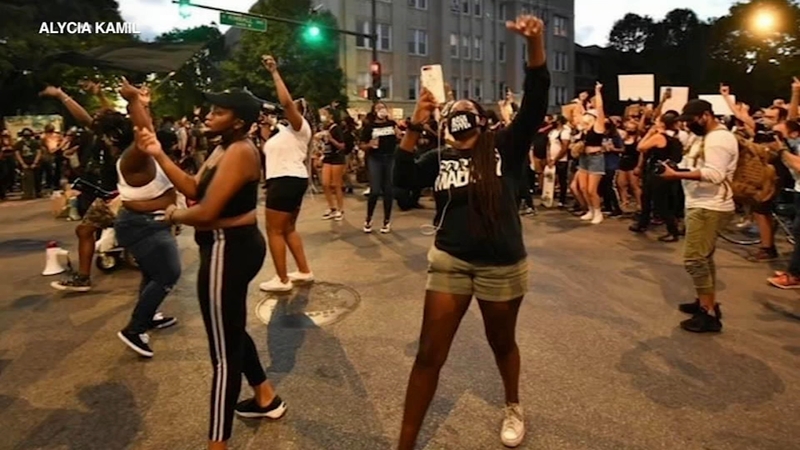 CHICAGO (WLS) -- It's been 45 years since the first observation of Black History Month.

This year, the celebration of the contributions of Black people comes in the wake of widespread protests over the death of George Floyd and a racial reckoning across the US.

Just months ago, people outraged by the death of George Floyd took to the streets in cities across the nation, demanding racial equality.

Alycia Kamil, 20, of Good Kids Mad City was on the front lines in Chicago.

"This whole year and this whole summer is going to be something people will talk about for a really, really long time," said Kamil.

Now that Black History Month has begun, Amika Tendaji of Black Lives Matter Chicago said she wants this year's observance to be a celebration.

"The everyday existence and how Black people navigated that is so inspiring," said Tendaji.

The concept of honoring Black history in America was promoted by Carter G. Woodson, a historian who came to the Wabash YMCA in Bronzeville in 1926, announcing the creation of Negro History Week.

It wasn't until the mid-1970s that Black History Month was officially recognized.

Today, those on the front lines fighting for racial equality say recognizing contributions of African Americans past and present takes on even more significance.

We have to realize that history is being made in the present," said Dr. Williams Towns, Northwestern University. "We can celebrate Vice President Harris as the first female Vice President. We can, as recently as last week, celebrate Roz Brewer as our only female of a Fortune 500 company."

Community organizer Ja'Mal Green said in the wake of last summer, he hopes more corporations will commit to racial equality.

"We need to start getting into these boardrooms and start to really talk about how to really make a change on a corporate level," said Green.