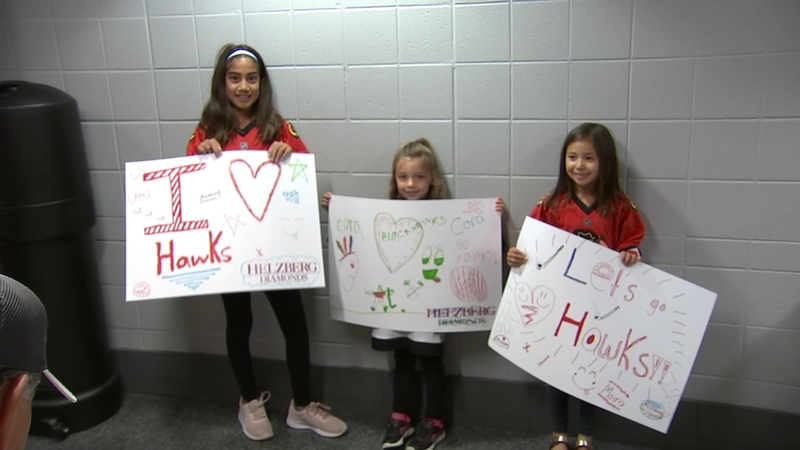 CHICAGO (WLS) -- It's a busy time on the sports calendar with hockey now added to the fall lineup of football and baseball.

Hockey fans celebrated the return of the Chicago Blackhawks on the city's West Side Sunday.

The annual training camp street festival was moved indoors this year due to rain, but that didn't dampen the scramble for a new Patrick Kane bobblehead.

"I got two of them so far," said Blackhawks fan Tony Martinez.

Fans seem optimistic about a team considered by many analysts to be on the bubble for a playoff spot.

"They haven't reached the playoffs in two years already," said Blackhawks fan Robert Valencia. "So I want them to get back into the playoffs and get a chance to win the Stanley Cup again."

With three championships in the last decade, longtime fans are grateful for a new legacy.

"I believe in them. I think that if they put in the work, they will do amazing," said Blackhawks fan Ewelina Pawlak.

The team will have their work cut out for them in the 2019-2020 season, but loyalty doesn't seem to be a problem.