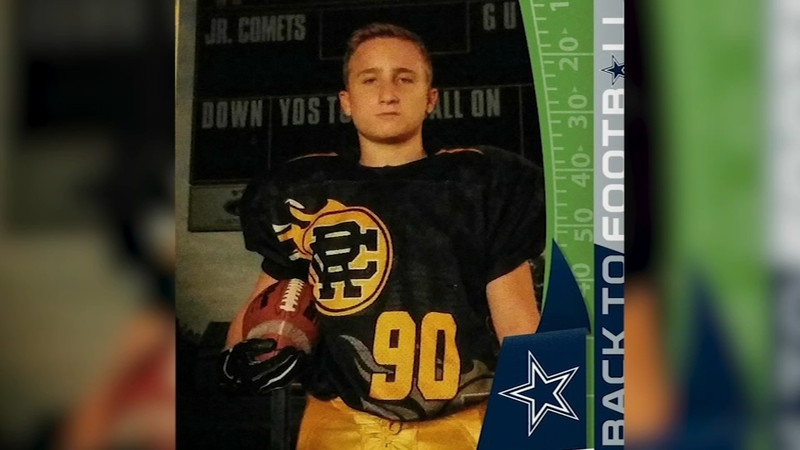 BRAIDWOOD, Ill. (WLS) -- The parents of a teen who says he was sexually assaulted during a hazing ritual by his football teammates filed a federal lawsuit on Wednesday.

They claim coaches and school officials at Reed-Custer High School in Braidwood did little after the alleged abuse was reported, leading to bullying and retaliation against the teenager.

On Allison Brookman's fridge are football pictures of her son Anthony. She said her son loved playing youth football and couldn't wait to play for his freshman team at Reed-Custer High School.

"He was looking to live the dream as a high school football player," she said.

But Anthony Brookman's dream was shattered before his high school football career began. During a summer football camp at the school, Brookman said he was bullied, harassed and sexually assaulted by four players during a hazing ritual.

"We filed charges with police and we waited for the next steps on what school was going to do," Brookman said. "We never heard anything."

In a federal lawsuit, the Brookmans allege the school ignored Anthony's accusations. They accuse the school district, top administrators and coaches for violating several laws, included the mandated reporter law.

The Brookmans say after they reported the incidents, Anthony was constantly bullied and harassed at school and online for a year and half, including some kids telling Anthony he should kill himself.

The school district's superintendent says he cannot comment on the lawsuit because he has not seen it. However, he did say after a thorough investigation, the students involved were disciplined according to the athletic code of conduct - which the Brookmans learned was a couple of game suspensions.

"They still got to go to the game and support the team while my son was in his bedroom depressed," Brookman said.