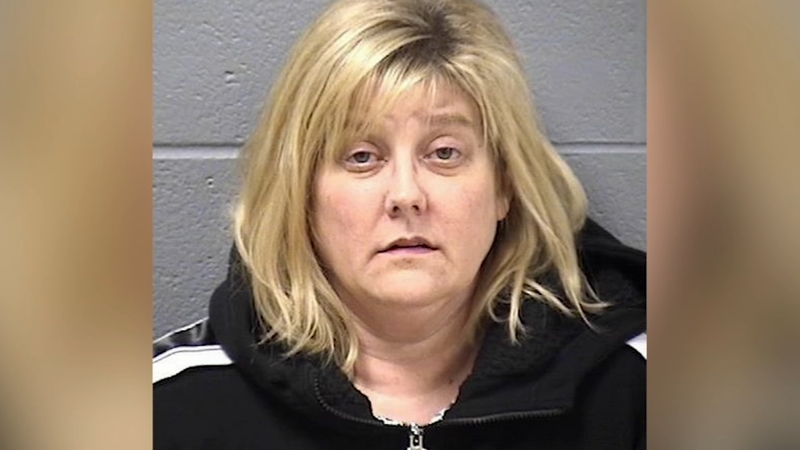 BRAIDWOOD, Ill. (WLS) -- A teacher at Reed-Custer High School faces a long list of charges, including criminal sexual abuse, related to allegations she was having an inappropriate sexual relationship with a 14-year-old boy.

Chidester remains in jail after an appearance in bond court Friday. The married 50-year-old cried as Will County Judge Ted Jarz set her bail at $1 million.

Chidester was arrested Thursday night, a day or two after investigators interviewed the alleged victim. Police said someone notified them of the possible crime.

Authorities said the 14-year-old boy doesn't attend the school where Chidester taught apparels and textiles, adult living, and food and nutrition classes, but said he is also a resident of Manhattan.

Prosecutors said Chidester began communicating by text with the teen in September of 2018, and soon evolved into the two sexting and sending each other nude photos before they allegedly began having sex.

At Friday's hearing, Will County State's Attorney Jeff Brown told the court the sexual contact happened at the defendant's home, in her vehicle and at local motels.

She is now facing felony charges of aggravated criminal sexual abuse, indecent solicitation of a child and unlawful grooming.

Reed-Custer Community School District released a statement saying, in part, "An investigation is ongoing. In addition to accepting Mrs. Chidester's resignation, she will not be allowed on school property and will be barred from having any contact with Reed-Custer students."